We all know this year Samsung has introduced at least nine new Galaxy A phones for its fans. Yesterday, we also reported you about the Galaxy A50s and now according to the latest reports that one or two phones from Galaxy A series are also about to hit the market, as they were certified by the Wi-Fi Alliance.

Two More Samsung Galaxy A Phones are Getting Ready to Appear

Recently, the devices with model numbers SM-A561F and SM-A562N leaked online. Well, it is not confirmed that these model numbers are for the same smartphone with different versions or for the two entirely different products. 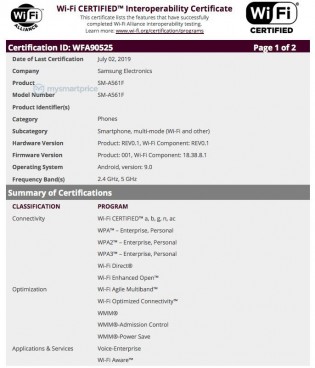 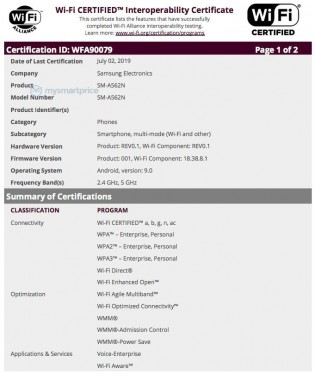 Samsung has already introduced the Galaxy A10e and Galaxy A20e for its customers and now it is working to launch a Galaxy A50e as well.

It seems Samsung wants to grow bigger the family of Galaxy A and that’s why it is adding more and more versions to the series. But it is not clear why the company is so interested to expand this specific series. However, get ready for more A-series announcements in the near future.

Samsung has also launched its two new models back in February this year named as Galaxy A50 and A30, for Samsung lovers with the amazing design. These two models are now also available in Pakistan.