Facebook plans to join the smartwatch market, according to a recent report. The first smartwatch by the social media giant Facebook will apparently include two removable cameras that users will find suitable for capturing photos and videos, these photos and videos can then be shared on the Facebook app, including Messenger, Instagram, and WhatsApp.

The front and the back fitted cameras will come in a stylish stainless steel case in the Facebook smartwatch. The front-face camera probably will be used for video calls and the back camera for auto-focus also can capture 1080p content. The smartwatch will also have all health and fitness monitoring features including heart monitoring. 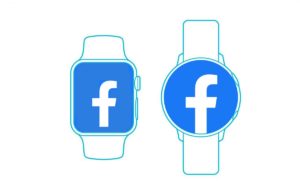 Facebook Watch also expected to have LTE- connectivity great feature which enables it to work independently from smartphones. The smartwatch will come in colors, white, black, and gold. The wearable will make its first debut with an expected price tag of $400 in 2022. In order to produce goods compatible with watch detachable cameras, like backpacks and cases, Facebook has reportedly made contact with third-party accessories makers.

The planned wearable is the first step of Facebook to release hardware specifically for the wrist and to set up another rivalry with Apple at a time when the two technology titans on other fronts are already in competition. Apple’s position as a privacy protector has been aggressively limited by data and Facebook has been under attack for years by using data management controversies. This dynamic might lead to a competition go against Facebook and encourage people to buy their next Apple Watch competitor, especially because they also want to position the fitness center with a heart rate monitor.

Although Facebook did not disclose official details on the likely release of its first smartwatch, the source indicates that it might be released in the summer of 2022.