The flagship series Huawei P50 is not the only line of new phones Huawei is working on, at the moment, also Nova 9 is Huawei’s upcoming smartphone this year. The P50 models were already announced, however, the company did not reveal an exact launch date. In the meanwhile, before the normal launch schedule, the successor of last year’s Nova 8 Series is also making its way for release. Huawei Nova 9 some specifications and launch details have been revealed.

The leak is taken from some China-based sources. In the third quarter of 2021 between August and October, the Huawei Nova is expected to arrive. In December 2020, Huawei Nova 8 launched, and its distribution went well into 2021.

It is not clear whether the Nova 9 will be available immediately after its release, or Huawei will hold it till the next date as the company did with the Nova 8.  Anyway, we expect this device will be an upgrade version of Nova 8. 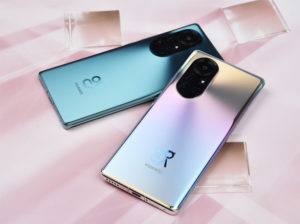 The smartphone price has not been revealed yet. The Nova 9 is expected to have the same design and camera setup similar to the Nova 8, P50, and Honor 50. There is a collection of cameras within two separate ring-shaped boxes placed inside that oval setup.

Huawei has just agreed to acquire 4G variants of its popular processors Snapdragon from Qualcomm. Rumors are that it will power Nova 9 series with this 4G silicone. Also, Kirin 990E will be installed in this version. We need to wait for more details.

You may be also interested in: iPhone 13 concept shows a large camera module with a smaller notch