This feature will enable consumers to create route via simple voice commands. Considering the in-app typing proficiencies and spelling errors, this feature will be a game changer for usage of map applications in Pakistan.

The new technology is equipped to handle voice commands in various dialects of English and Urdu suited for Pakistani language speaking styles. The human speech-based navigation system will be installed as a value added service to the existing TPL Maps application. 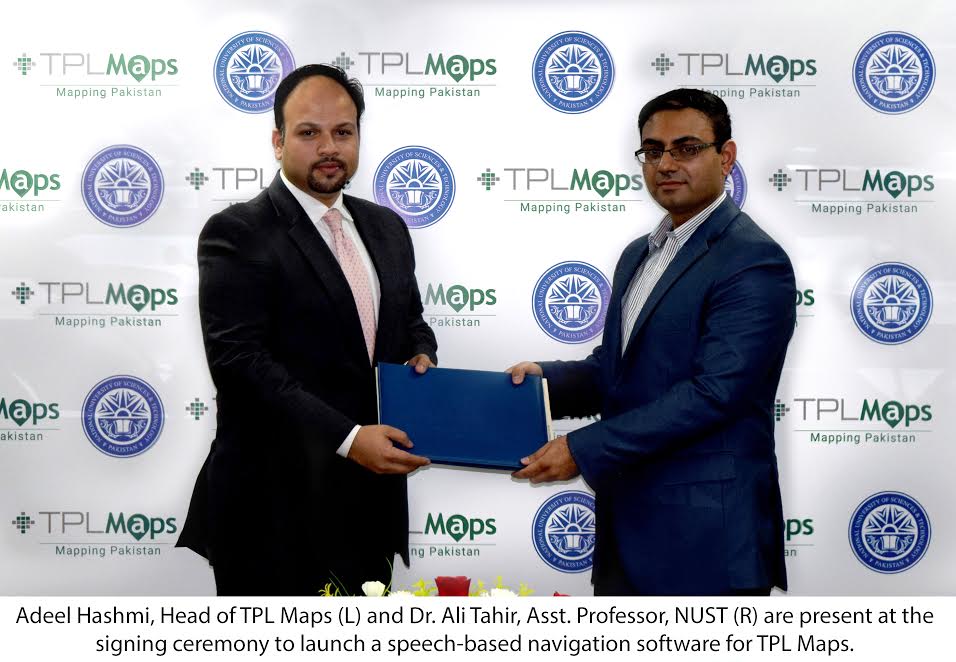 “Consistent innovation is integral to our philosophy of providing customers the best possible mapping solutions. Such additions to our existing products allow us to establish ourselves as a high-end technology company looking to offer convenience and ease of use to the end users.”

“We are delighted to be part of the innovation in Maps in Pakistan. This collaboration with TPL has given our students and faculty the opportunity to experiment and explore a domain that has never been touched upon in Pakistan. Machine learning and AI are the future of technology and we believe this is the first partnership between the two organizations which will result in fantastic tech development in the country”.

The application will ensure a smooth user interface enabling users to add their specified destination via on-screen keyboard, based on which the system will calculate the route and transit time, giving consumers the convenience to locate various locations.

The feature itself will be the first of its kind to be introduced in Pakistan, offering voice-based facility in both Urdu and Pakistani English accent. Thus adding innovation to the product and perhaps giving it an edge over its competitors.