Facebook is one of the platforms with a futuristic approach. No doubt, the company is always the pioneer of launching a feature while other social media companies follow them with little alteration. Just a month back, the social media company came up with a new feature named Sounmoji. This feature was launched for messenger and as the name suggests, Facebook Messenger Soundmojis were launched to provide users with sound along with emojis so that they can express themselves in a much better way than before.

Under this feature, the company has launched different soundmojis including fart, drums, laughing, violin, ghosts, shock, kisses, and more. These amazing emojis let users send sounds clips along in Messenger chat. Since I have personally used them I can assure you that these soundmojis make the conversation more funny and meaningful. They are placed just beside stickers and GIF images in Facebook messenger. So if you have not tried it, you should go for it.

The company has soundmoji library to choose from and for now, users cannot create their own soundmoji. The library is updated with the new sound effects and famous sound bites, so I don’t think users will get bored.

According to Facebook, the soundmojis include clapping, crickets, drumroll, and evil laughter, to audio clips from artists like Rebecca Black and TV shows and movies like Universal Pictures’ F9, NBC, and Universal Television’s Brooklyn Nine-Nine, and Netflix and Shondaland’s Bridgerton. The company also ensures that it will keep on bringing new and trending soundmojis later on as well.

If you are thinking to make your conversation with friends more colorful by using soundmojis, follow the simple steps below: 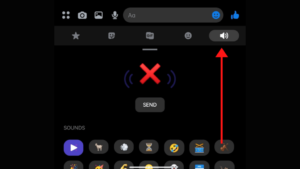 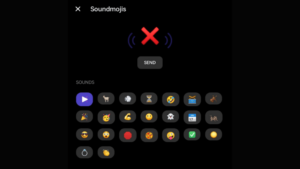 While I really like it, but Facebook should launch more soundmojis and also come up with a feature where users can create their own soundmoji as it would be more fun.

Were these steps helpful for you? let us know in the comments section below.