Apple Inc. is designing and producing its own device displays for the first time, in its secret manufacturing facility near in Santa Clara California. The company is  working to make small number of screens for testing. It is using MicroLED technology in an effort to replace Samsung’s OLED displays in future devices. Company is working on to develop its own MicroLED screens.

The company is making a heavy investment in the development of next-generation MicroLED screens. MicroLED screens use different light-emitting compounds than the current OLED display. It claimed to make future gadgets slimmer, brighter and less power-hungry.

Apple Reportedly Invests in its Own MicroLED Screens to Replace Samsung

People who are familiar with the situation said that the project was almost abandoned a year ago but now it is making significant progress. MicroLED tech doesn’t need a backlight like OLED, that’s why it could provide better contrast while using less power, but since it has to be assembled one sub-pixel at a time, it hasn’t come to the mass market. 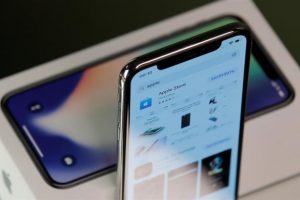 According to Bloomberg the California facility is too small for mass-production, but the company wants to keep the proprietary technology away from its partners as long as possible. Creating MicroLED screens is extraordinarily complex. Depending on screen size, they can contain millions of individual pixels. Each has three sub-pixels: red, green and blue LEDs.

The secret project is code named T159 and is headed by Lynn Youngs, who oversees iPhone and Apple Watch screen technology.The “T159” project where engineers are working on design and production is to replace technology designed by competitors like Samsung and LG.