In the second one teaser, there is a queen of hearts playing card. The card bears Q, which shows that the new phone series could be named as Realme Q.

Realme to Release a New Phone on September 4 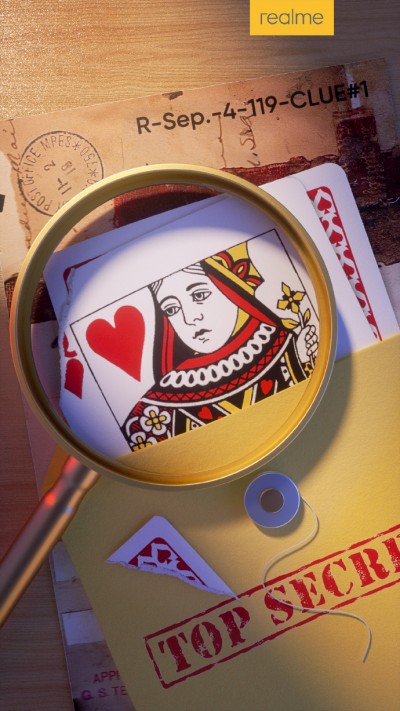 On top of the image, we can also see the release date of September 4 with the number 119.

Like the Realme 5 series, this number should translate to 119-degree FoV super-wide-angle cam with an F/2.2 aperture. While Realme India CEO Madhav Sheth confirmed the brand is working on a new phone called the XT we know that one is scheduled to launch towards the end of September.

However, there is no more detail on the internet regarding this upcoming phone. We only know about the two teasers and they are not saying much about the device. We will share if we get some more information about this upcoming device before its launch date.

We are expecting that this new phone by realme will bring something exciting as the two teasers are giving some positive indications.