There had been a lot of rumors regarding the upcoming flagship phone by the tech giant, Samsung. Recent, reports have claimed that the Galaxy Note 10 Pro will be called Samsung Galaxy Note10+. Today, I have got my hands on live images of this upcoming beast.

Samsung Galaxy Note10+ Is Expected To Be Announced On Aug 7

The leaked photos of the handset allow us to get a good look at its display. It is quite clear from the images that the bezels around it are slim that gives it a sleek look with curved sides. In addition to that, at the top middle, there is a punch hole for a single camera. The smartphone will also have an under display fingerprint scanner. According to me, the design of the handset is quite good as expected from Samsung’s flagship. Let’s have a look at the images first: 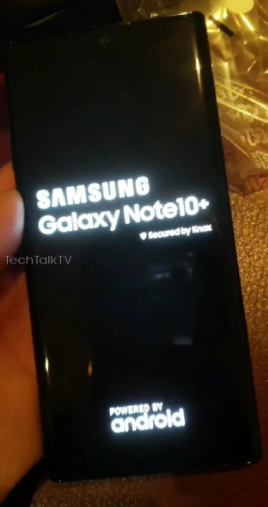 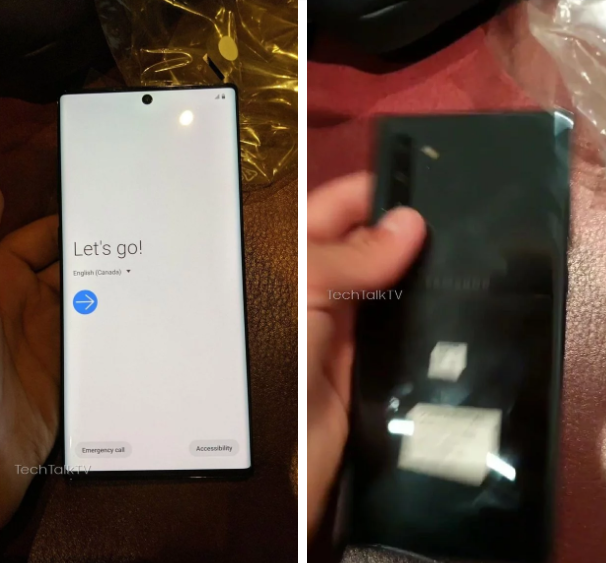 Furthermore, one of the image is quite blurry that shows the rear part of the handset. There is a triple rear camera set up arranged vertically together with an LED flash beside it. There had been no details regarding the camera set up yet. However, it is expected that the upcoming flagship will be better than its predecessors.

Sources claim that the Galaxy Note10+ will feature a Super AMOLED Infinity-O display. It will have an Exynos 9825 processor in some markets and a Snapdragon 855 chipset in others under the hood. Furthermore, it will run Android Pie out of the box along with an update to Android Q later. Let’s see what Samsung offers in its new flagship phone.