Syed Amin Ul Haque, Fedral Minister of Information and Technology and Telecommunication was called by the Swedish delegation led by Ambassador of Sweden in Pakistan Henrik Persson. In the meeting IT and Telecommunication, connectivity and digitization issues along with matters of mutual interest were discussed. Federal Secretary Ministry of IT & Telecom Dr. Sohail Rajput, Chairman PTA Maj Gen (Retd) Amir Azeem Bajwa, Executive Director Frequency Allocation Board (FAB) Brig (Retd) Muhammad Tahir Ahmed Khan and senior officers of the Ministry of IT were also present on the occasion. In the meeting both the parties agreed on increasing cooperation in the field of IT and Telecommunication. 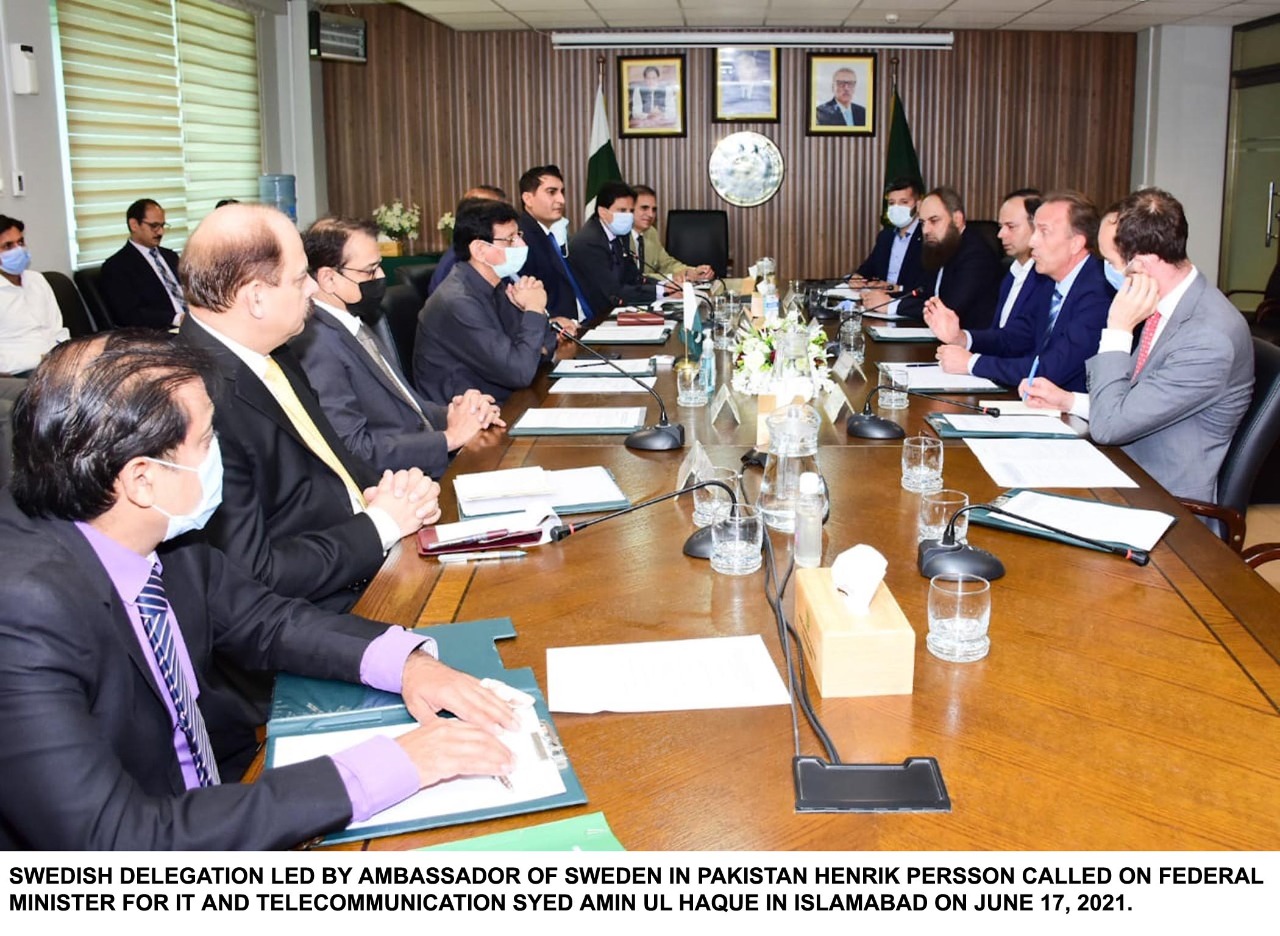 IT Federal Minister, Syed Amin Ul Haque in conversation with Swedish Ambassador said, the collaboration of the two countries  in the IT and Telecommunication field is of great importance and the relation of the two countries is of great value to Pakistan. Pakisatn’s IT exports are increasing and the IT and telecom sector is blooming, the Federal Minister said. He further added that Pakistan wanted to take full benefit from Sweden’s experiences in the field of technology as Sweden being one of the leading developers of technology in Big Data& Analytical solutions, IoT and Artificial Intelligence. He also expressed his willingness that the two countries devise mechanism for offering access to Pakistani freelancers on Swedish freelancing platforms on preferential basis.
Pakistan is dedicated to end digital divide between rural and urban areas of the country and strong measures are being taken to provide telecom services through Universal Service Fund (USF) across the country, he added.
The Minister urged the Swedish tech companies to invest in Pakistan as the environment for investment in the country is conducive.
The Swedish Ambassador expressed the desire that the Swedish tech company wanted to invest in Pakistan and he also admired the progress of IT and Telecom sector and the steps the Ministry of IT is taking for its betterment.