Dr. Zafar Iqbal Qadir Appointed as Secretary IT and Telecom

The government has appointed Dr. Zafar Iqbal Qadir as IT and Telecom at Ministry of Information Technology after two failed attempts of auctioning 3G licenses.

Mr. Qadir replaced Mr. Amir Tariq Zaman Khan. Before the appointment, Mr. Qadir was serving as Chairman of NDMA (National Disaster management Authority). During his tenure, he has made many valuable contributions and has resolved the issues NDMA. He is experienced in project management, public administration, revenue administration and community development. 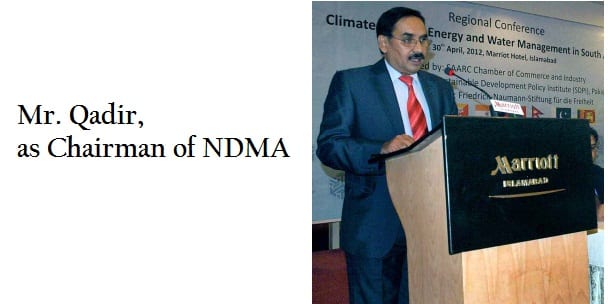 he has successfully launched and nourished an NGO named “Taaleem Foundation” – the single most significant social change agent in the tribal Balochistan.