Hong Kong-headquartered research firm Counterpoint has recently revealed that overall smartphone sales are shrinking this year. However, expensive phones are gaining traction. All the handsets that are priced at  $400 and above grew by nearly 18 percent year-on-year in 2018. On the other hand, smartphone sales overall shrunk by 3 percent in the same period.

Tarun Pathak, an associate director with Counterpoint stated that:

“This is a very interesting trend emerging from all key countries. We are quite bullish about the premium phone industry in mature markets like the UAE and Saudi Arabia in 2019 and over the next few years.”

The research firm furthermore unveiled that the introduction of 5G-enabled smartphones and foldable displays will be one of the main reasons behind sales growth this coming year. In addition to that, the growing popularity of Chinese brands such as OnePlus, Vivo and Oppo will also drive sales growth in the coming months. 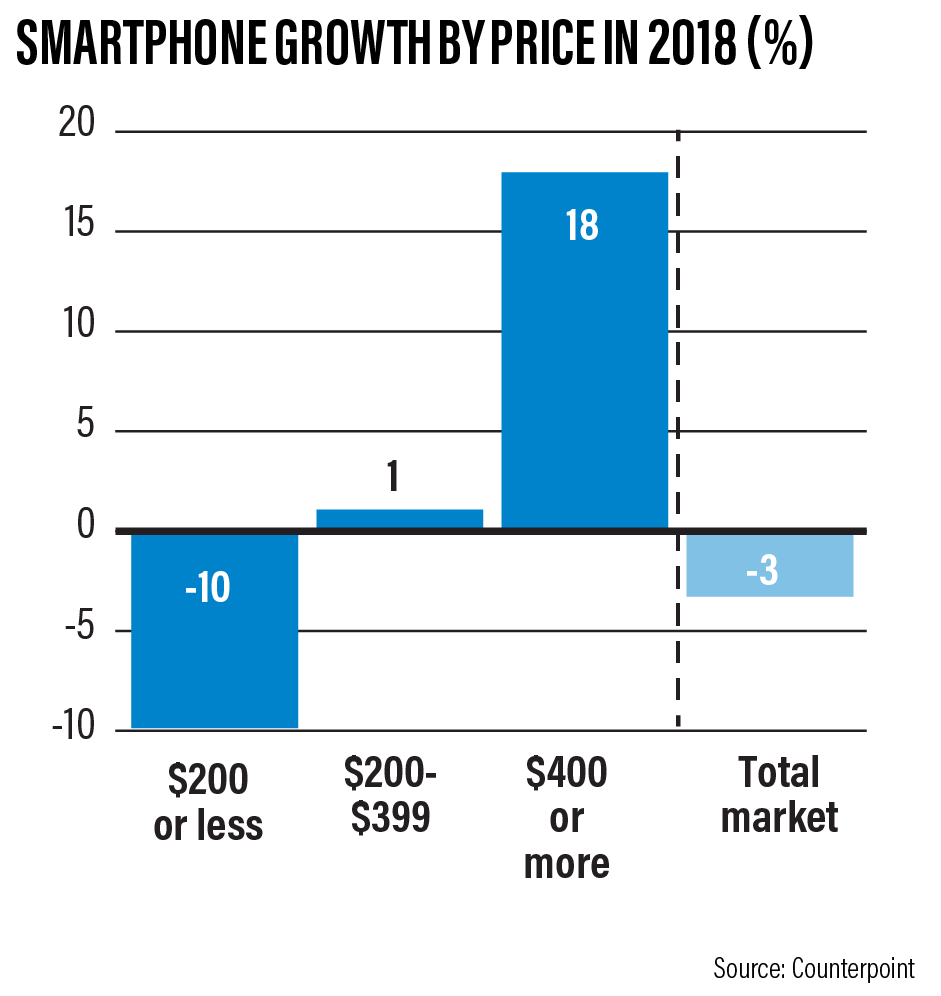 When Apple iPhone X was introduced in late 2017, the prices of the handsets reached new heights in the smartphone market. Due to this, $800+ phones grew fastest in 2018. Other smartphone manufacturers took advantage of that and introduced new handsets with price tags over $800. They include Apple XS, iPhone XS Max, Samsung Note 9, Huawei Mate 20 Pro and Google Pixel 3 XL. Furthermore, OnePlus also grew its global market share more than twofold last year on the back of sales momentum for its premium phones. So, that’s why overall smartphone sales are down except those of the expensive phones.