Now you will be thinking what will be the specifications if the phone price is so high. Unfortunately, the phone’s specifications are not much high as its price. As per its design, the phone follows the footsteps of luxury brands like Vertu. No doubt, the phone is highly designed and made of metal and leather. To make your phone more secure, it also has  a fingerprint scanner.

The M2017 features a curved 5.7-inch QHD AMOLED display. The phone runs Qualcomm’s Snapdragon 653 processor. If we talk about its storage, the phone equips 6GB of RAM and 128GB of internal memory. For all those who focus on smartphone’s camera, M2017 offers a dual-camera setup. It has 12-Megapixel and 13-Megapixel sensors. It also features an 8-Megapixel front facing camera for selfie lovers. 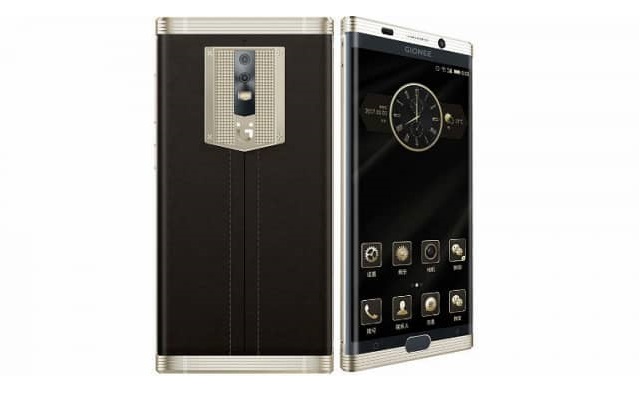 Moreover, the phone doesn’t have an SD card slot. To get more storage, you can buy the 256 GB version, which costs even more. It also does not have  3.5mm headphones jack. The phone runs on Android Marshmallow 6.0 and comes in two color options of black and gold.

The company has never launched its devices in Pakistan. But Pakistan’s famous Mobile Manufacturer QMobile has rebranded some of Gionee phones.