Huawei’s Subsidiary, Honor has been teasing their upcoming handset Honor V20 ( Honor View 20) for many days.  A day back, Honor V20 Official Teasers showed up that revealed the Front Design and Color options of the upcoming handset. Recently, a new Honor V20 Live Image surfaced on the internet that confirmed the Face Unlock Feature.

Honor V20 will come with an All-View Display, a Kirin 980 processor, a 48MP rear camera, Link Turbo, 22.5W fast-charging. Moreover, it will run EMUI 9 based on Android 9 Pie out of the box. It seems to be a good phone packed with good specs. According to the previous reports, three images of Honor View 20 posted on Weibo clearly show the front design of the Honor V20. The handset features an earpiece in the frame. On the right side of the smartphone, there are volume and power keys. In addition to all this, there is a minuscule bezel on all four sides. Additionally, the bezel on the bottom is slightly thick.

Honor view 20 is tipped to be packed with selfie camera hole in the display and Link Turbo technology for simultaneous Wi-Fi + 4G connectivity. Furthermore, the one main 48 MP camera on the rear will have a Sony IMX586 sensor. The published Images in teasers also revealed the three different color variants of the handset. Honor V20 color options include Gray, Red, and Blue. We no further information about the handset yet. However, the live image confirmed that the phone will have a Face Unlock feature. Let’s have a look at that image. 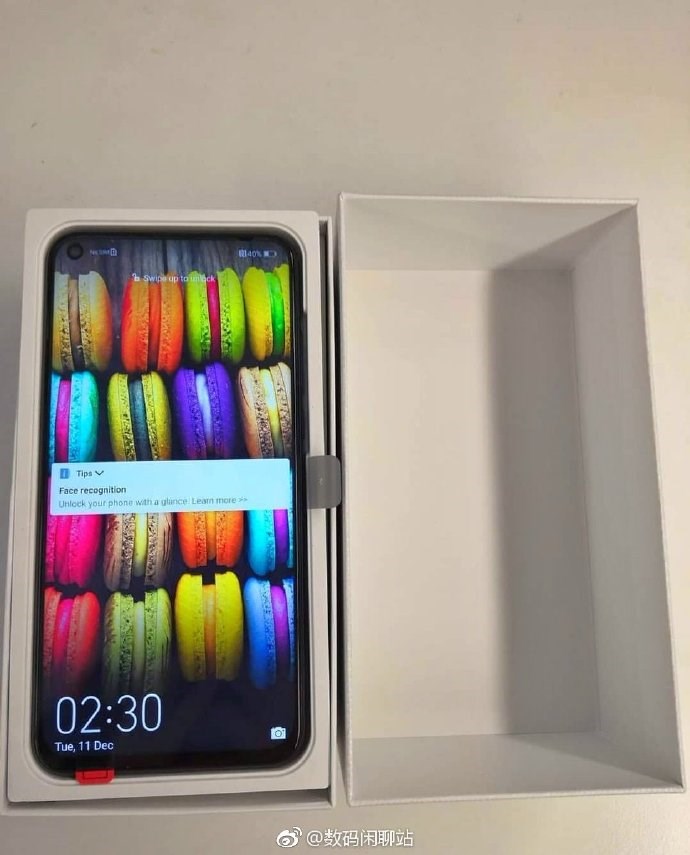 The Honor V20 launch date is set to be December 26 for China. On the other hand, the phone will go official in Europe on the 22nd of January as the Honor View 20. Let’s just wait and watch what comes next ahead of Honor V20 Launch.