Huawei’s Subsidiary, Honor has been teasing their upcoming smartphone Honor View 20 (Honor v20) for many days.  Almost a week back, Honor V20 Official Teasers showed up that unveiled the Front Design and Color options of the upcoming handset. Recently, Honor V20 Leaked Posters surfaced on the internet that confirmed the 4000mAh battery capacity and 25MP Sensor for the display hole.

According to the leaked posters, the smartphone will sport a 4,000 mAh battery. In addition to that, it will have a 25MP sensor in the display hole. The smartphone will have a Turbo Link feature that will use the 4G and the Wi-Fi network simultaneously while downloading. Let’s have a look at the posters. 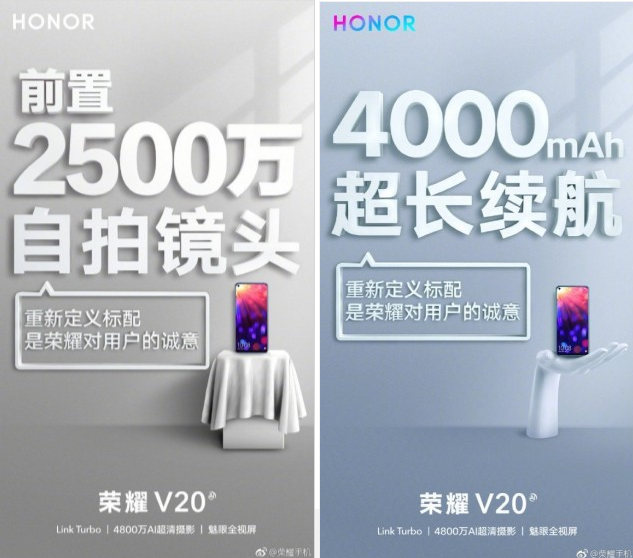 Honor V20 will come with an All-View Display, a Kirin 980 processor, a 48MP rear camera, Link Turbo, 22.5W fast-charging. Moreover, the phone will run EMUI 9 based on Android 9 Pie straight out of the box. As far as its design is concerned, the handset will feature an earpiece in the frame. On the right side of the handset, there will be volume and power keys. In addition to all this, there will be a minuscule bezel on all four sides. Additionally, the bezel on the bottom is tipped to be slightly thick.

Moreover, Honor view 20 will be packed with selfie camera hole in the display and Link Turbo technology for simultaneous Wi-Fi + 4G connectivity. Furthermore, the main 48 MP rear camera will have a Sony IMX586 sensor. The old published Images in teasers also revealed the three different color variants of the phone. Honor View 20 color options include Gray, Red, and Blue. We have no further information about the smartphone yet. However, it is expected that Honor will announce a Maserati version of the phone following the latest trend. 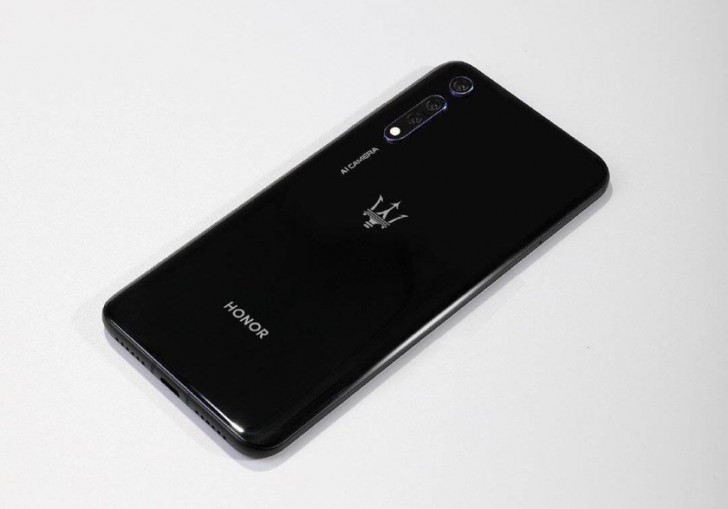 Regardless of the Ban, the GSM Boosters are Still Available Online and in Markets

Huawei Focus on Health-Care Devices to Enter in New Market