With the increasing hacking incidents globally it is very important that one should be aware of how prevent it. Recently we have seen an incident where ATM machines of HBL were hacked and millions of rupees were transferred to China. How ATM Cards are Hacked with Skimming Devices: Preventive Measures.

How ATM Cards are Hacked with Skimming Devices: Preventive Measures

ATM hacking also known as ATM skimming. Skimming is a device that hackers install in ATM machines. These skimming devices duplicates your ATM card.  ATM hacking is carried on with the two basic steps: one is copying your ATM card and stealing your ATM Pin.

Hackers add a skimming device just on the top of box where we insert card. Skimming device is inserted in such a way that it is not visible.  When you insert a debit card in ATM card copier its also goes through the skimming devices where your ATM card is copied and stored in these devices.

Its Important to Identify Skimming Devices

After this hackers make a duplicate or your card by copying the entire card data to the duplicate ATM card so that they can easily withdraw money. 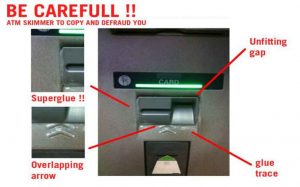 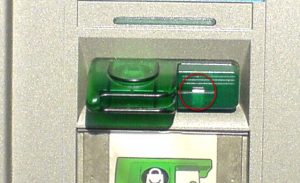 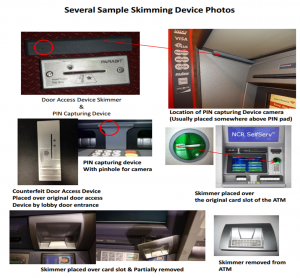 A part from Duplication of your ATM card, hackers also need your Pin code to operate the card. For that they install a hidden camera just near the number keys from where you enter the code.

Some skimming devices have built in camera, which not only duplicates your cards but also make a video of you entering pin code. Hackers, with above devices have your ATM Card and ATM Pin. They can simply walk in to any ATM Machine and make a withdrawal. If you have activated internet banking on your card they can also use it to transfer money online.

How to Avoid your ATM Card to be Duplicated:

Now one should try to avoid their ATM card to be duplicated to save their money to be misused. For that when you go to any ATM machine, firstly check if any skimming device is installed in it. Try to shake the Card copier. If it stays in place it means their is no skimming machine installed. However if there would be any detachable device, it will fall down.

Try to look for cameras or just holes which are pointing towards ATM keypad. To be on more safe side cover the keypad with your hand to hide your pin code. 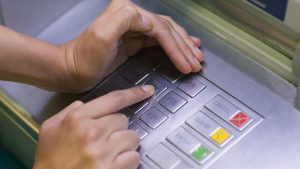 Many banks offer bio metric verification, which is safest to use. Use the ATM machines that are located with branches.

The State Bank of Pakistan (SBP) expressed concerns on Tuesday over the skimming of debit cards that caused a total loss of Rs10.2 million to 559 customers recently.