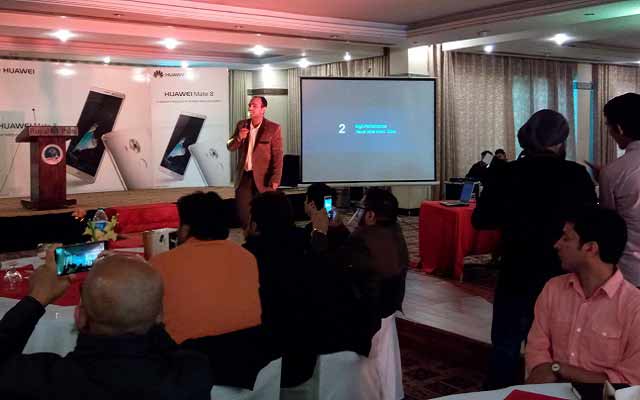 During the Huawei bloggers meetup a detailed presentation of Mate 8 features was given to the audience by Mr. Sufian. Mate 8 has a curvy, slim and sleek design with a 6″ inch Full HD screen with fine crafted edges which is quite handy and can be easily used one handedly. Secondly Mate 8 is a high performance phone which never slows down and remains cool with extensive use. To maintain such high speed performance, Huawei has put in the worlds fastest chipset Kirin 950 in Mate 8. Its the first time Huawei has ever used such high performance chipset in their device. The phone has an Octa-core processor (4×2.3 GHz A72+4×1.8 GHz A53) + i5 co-processor. The reason for putting up the i5 co-processor is to further push up the working of the eight processors. All this makes the Huawei Mate 8 100 times faster than the previous Mate S. 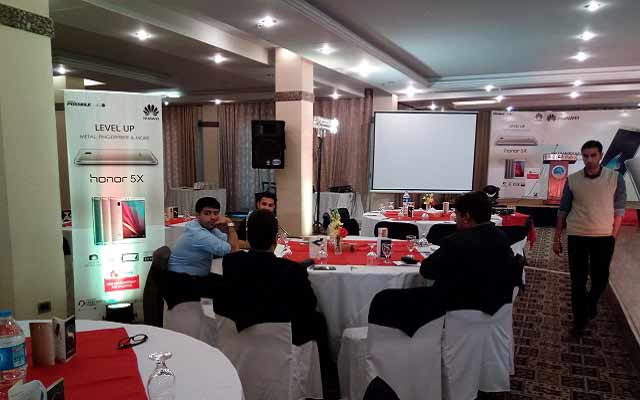 To keep the phone cool at such high speed performance, Huawei’s has installed 16 nano meter fin fat plus SOC with 6 layer thermal mechanism to prevent the device from heat up. In terms of GPU (Graphical Processing Unit), ARM’s new Mali T880 GPU in a 4-cluster configuration running at up to 900MHz has been installed which shows an increase of 125% than the previous Mate S. The power efficiency has not been neglected with such high performance out put and has been increased upto 70%. 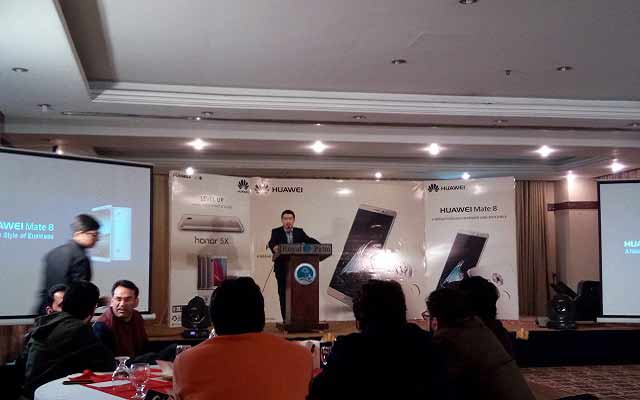 On this occassion, Mr. Rashid, said; “We are really happy to introduce the wonderful Huawei flagship device Mate 8. Since 2012 Huawei is doing business in Pakistan and till now we have achieved much and Pakistan comprises 16% of over all market share of Huawei have become the leaders in Pakistani market. We were not able to achieve this without the support of you people. i thank you all and appreciate for the support you have given us.”

Mate 8 has a powerful battery of 4000mAh which provides a long lasting battery life of more than two days. With normal usage the battery lasts for about 2.36 days while with heavy usage battery gives about 1.65 days of battery time. Such heavy battery give 17 hours of non stop HD Videos, 20 hours of 4G browsing, 28 hours of 3G calling and non stop music for 98 hours which can be really helpful for music lovers who travel on long routes.

Another feature added to Mate 8 is rapid charging, 30 minutes of charge gives a battery life of one day. The security level has been increased from the previous devices. Finger print level 3 security has been installed which is much more convenient and secure and can be used more than 1 million times.

The event was followed by models walking on the ramp holding Huawei’s smartphones in their hands. 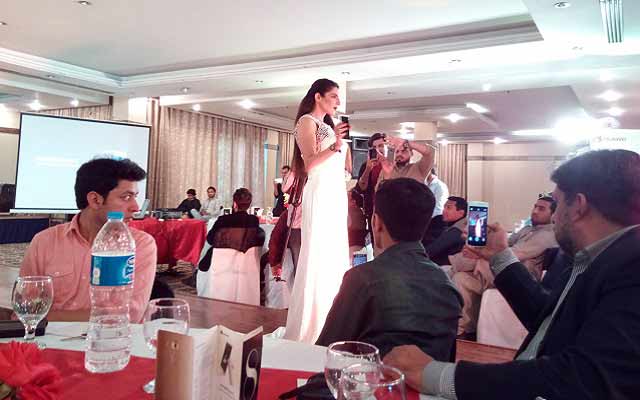