The final match of the Ufone Football Championship in Balochistan lived up to its expectation as Muslim Football Club Chaman emerged as worthy winners after beating Baba-e-Balochistan Mir Ghous Buksh Football Club Khuzdar 3-0. Muslim Chaman clinch Ufone Football Championship Title. In a tournament that saw several schools, colleges, universities and clubs participate, the finalists gave a true account of the overall high standard of football demonstrated throughout the event.

After fairly comfortable wins in their respective semi-finals, both Muslim Football Club Chaman and Baba-e-Balochistan Mir Ghous Buksh Football Club Khuzdar knew the final would be a different ball game altogether and that was evident right from moment the referee’s whistle went off. It was a cagy start to the game as both side opted to secure defences first and looked to hit each other on the counter. However, the game picked up when Jameel Ahmed of Muslim Chaman scored first goal with a sublime finish. 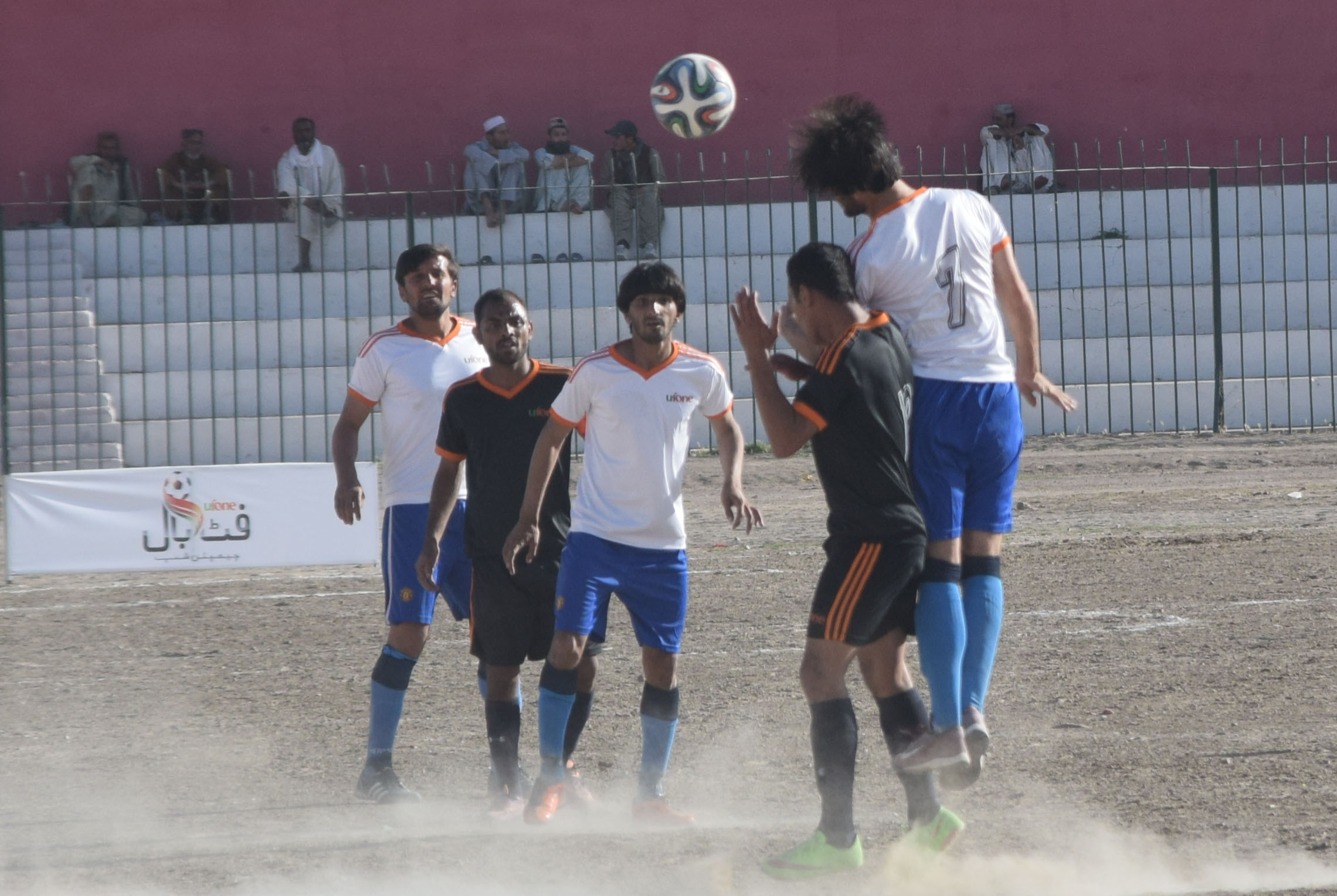 After the first goal Muslim Chaman continued their charged for a second goal but Mir Ghous Buksh Football Club resisted well and tried to score on the counter, however, their resistance was broken again as Muslim Chaman scored two quick goals towards the end courtesy Shah Wali and Jameel Ahmed.

The game ended 3-0 as Muslim Chaman Football Club were crowned worthy winners of the championship.

The chief guest of the event was Additional Deputy Commissioner (Revenue) Quetta Dr. Yasir Khan Bazai. The tournament unearthed some very impressive footballing talent, which was also what Ufone aimed at doing as they organized their showpiece event in Balochistan.