OPPO Pakistan recently sent us a nice surprise: their brand new flagship, the R7 Plus; giving us the chance to properly experience the new phablet and see what all it has to offer. It was an exciting un-boxing, getting our hands on the sleek metal device for the first time. Our first impressions on the look of the phone were very positive. With a metallic unibody build, fingerprint scanner conveniently located on the back, and an almost bezel-free, massive 6 inch screen, the R7 Plus looks like a star. Let’s see if it performs as well as it looks. 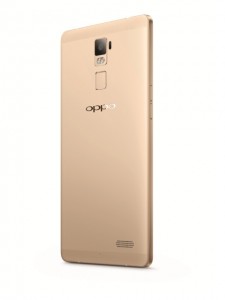 The R7 Plus runs Android’s latest “Lollipop” operating system. On top of this, OPPO has applied their ColorOS 2.1 interface which gives the OS an attractive look, customization options and the ease of use Android users are accustomed to. The icon panel stands out and navigating through the interface is a fluid experience. This is even better on the gargantuan and gorgeous 6 inch screen that the phablet boasts.

The R7 Plus has a beautiful AMOLED, Full HD, Gorilla Glass screen that is crystal clear with brilliant colour representation, good viewing angles and excellent sunlight visibility. For all of those who love the advantages of a phablet-sized screen, this device delivers in spades. Photos, text, videos, games; all multimedia looks exceptional and detailed on the R7 Plus. 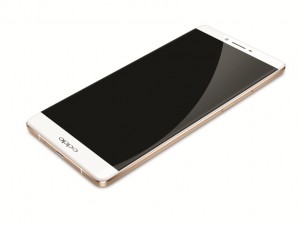 A screen such as the R7 Plus’ needs real processing power, and OPPO has delivered on this front too. With an octa-core processor, Snapdragon 615 chipset and 3GB of RAM to run it all, the device runs like a charm. When testing the device we found that it was speedy, without any lag, and could run several demanding applications simultaneously. Furthermore, the phone has ample memory, with 32GB built-in and the option to use the SIM 2 slot for expandable memory. This allows users the flexibility to put whatever they like on their phones and still have space left over!

While we have found that the R7 Plus is a star performer, many people want to know if a device is also a sharp shooter. Our camera tests with the 13MP rear camera were generally positive. OPPO opted for a Sony IMX278 sensor with laser autofocus. This combination, we found, takes vibrant and sharp shots within a mere 0.3 second shutter time. Photo enthusiasts will also be delighted to learn that they can take Ultra HD 52MP photos and record HD videos. Images were detailed, had barely any noise, and colour reproduction was excellent. Night time and photos in darker locations were also above par compared to others. The “selfie” camera on the front of the phone is a phenomenal 8MP, which is a stellar performer.

Another thing users often worry about when it comes to powerful devices is that they may not last through the day. However, the brilliance of phablets is that they allow for massive batteries. The R7 Plus is no different. With a huge 4,100 mAh battery, users will find that they can easily spend hours of screen-on time with battery to spare. Tests have shown that the device can run videos for 18 hours with ease, after which there was still enough battery left for calls.

Additionally, OPPO has included their original VOOC flash charging technology in the device which allows for rapid charge. This means that the battery can be charged up to 75 percent within just 30 minutes of plugging in. Battery will never be an issue for users of this phone.

Our in-depth look at the R7 Plus has been an eye-opener. This phone is clearly a flagship, with specs to kill and performance on point. We also think that it’s an amazing steal at only Rs. 39,990. This is not one to be missed by phone and style lovers out there. Powerful, fast and sleek, OPPO has put everything you would want in your next phone into one fabulous phablet.

We at PhoneWorld would like to thank OPPO Pakistan for sending us the R7 Plus and look forward to seeing what they do next!