PTCL signed a Memorandum of Understanding with WWF-Pakistan and committed to support plantation of 200,000 mangrove seeds at Miani Hor Balochistan as part of the nationwide Rung Do campaign.

Pakistan contains a diverse topography of geographical features and is home to incredibly diverse flora and fauna. Over the last century, the lack of understanding and awareness has led to human practices that have exploited the country’s natural resources without replenishing them. A growing population and increasing infrastructure needs have also led to the decimation of animal habitats and forests and resulted in loss and endangerment of animal and plant species only found in Pakistan.

PTCL signed a MoU with WWF-Pakistan 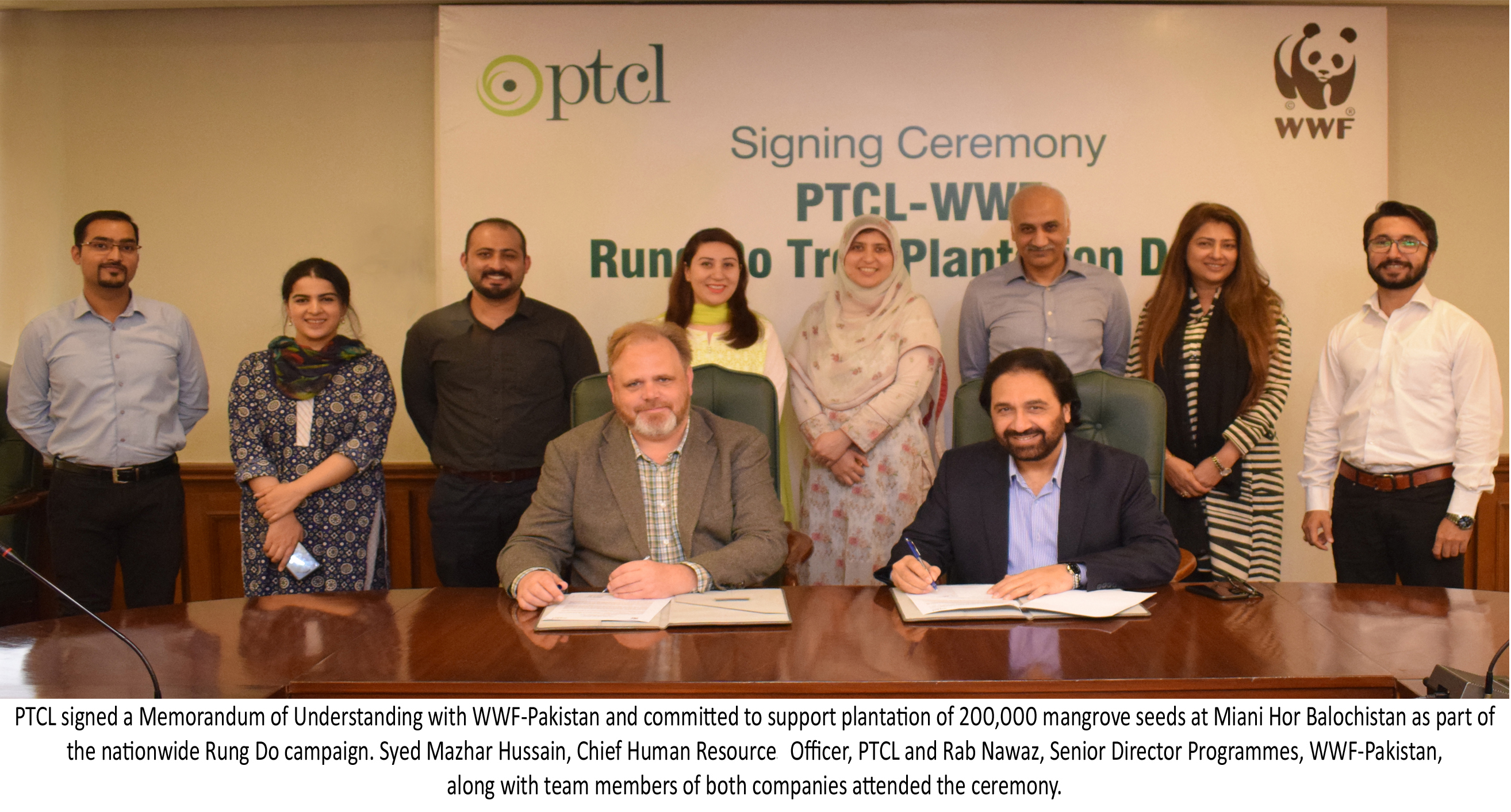 PTCL signed a Memorandum of Understanding with WWF-Pakistan and committed to support plantation of 200,000 mangrove seeds at Miani Hor Balochistan as part of the nationwide Rung Do campaign. Syed Mazhar Hussain, Chief Human Resources Officer, PTCL and Rab Nawaz, Senior Director Programmes, WWF-Pakistan, along with team members of both companies attended the ceremony.

PTCL is a socially responsible organization and promotes the fostering of societal development. The spirit is deeply entrenched in its roots and is the inspiration behind this initiative. PTCL has a history and legacy to serve the nation since its inception and has undertaken a number of CSR initiatives till today as part of its contribution to the society.

With an urgent need for an organization to meet and counter these growing conservation and environment issues, WWF-Pakistan was formed in 1970.

WWF-Pakistan aims to conserve nature and ecological processes by Preserving genetic, species, and ecosystem diversity ensuring that the use of renewable natural resources is sustainable, both now and in the longer term, promoting action to reduce pollution and the wasteful exploitation and consumption of resources and energy.