South Korean video game company Bluehole’s subsidiary, PUBG Corporation has developed and published one of the most popular games PlayerUnknown’s Battlegrounds. This game is based on previous mods that were created by Brendan “PlayerUnknown” Greene for other games using the film Battle Royale for inspiration. After that, it expanded into a standalone game under Greene’s creative direction. In this game, there are almost up to one hundred players that parachute onto an island and scavenge for weapons and equipment to kill others while avoiding getting killed themselves. The safe area of the game decreases in size over time. It results in directing surviving players into tighter areas to force encounters. In the end, the last player or team standing wins the round. Even though, it has also prompted a number of other developers to release their own battle royale games with their own unique twists. These games became more popular when they made their ways to the mobile phones. In addition to that, their Free models have also played an important role in making such games more popular. It will be quite surprising to hear that, PUBG Mobile currently stands out as the reigning champion, with over a 100,000 downloads on the Google Play Store alone. Some people don’t enjoy playing such shooting games on touchscreen gadgets. Game fanatics doesn’t feel as satisfying as using a mouse and keyboard. On the other hand, it is not possible for everyone to buy such a powerful PC to run these type of games. So, today through this article, I’ve got you covered with how to play PUBG Mobile On PC.

Here Is How To Play PUBG On Windows

PlayerUnknown’s Battlegrounds (PUBG) is trending mobile game which is loved by many game fanatics. This is actually a multiplayer survival game that is based online. So, now I am going to discuss all the important steps that are required to play PUBG Mobile on your personal computers.  The fact is that PUBG Mobile doesn’t run on Windows PCs natively. On the other hand, it usually requires an Android emulator to work. There are a few Android emulators for Windows PCs but all of them are not capable to run PUBG Mobile. The good part is that a developer Tencent Games has released its own emulator known as Tencent Gaming Buddy that allows you to run PUBG Mobile on Windows PC without a hitch. If you want to play PUBG using Emulator then obviously you need to know the optimal settings required to play the game smoothly. So, Let’s get started. First of all, you need to download the emulator on your PC. The Tencent Gaming Buddy is the best-ever emulator for PUBG Mobile and is relatively simple to use. Even though, the setup process is quite simple and straightforward. All you have to do is to just run the .exe file. Moreover, the setup wizard will also guide you through the process. The executable setup will first install the emulator on your system and after that, it will proceed to download PUBG Mobile. 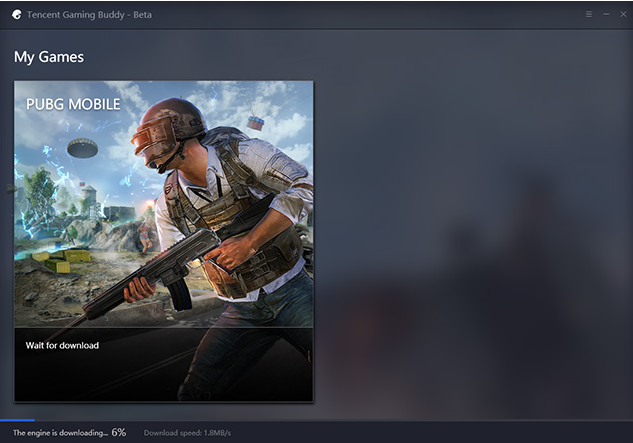 After that, you will have to Adjust the Emulator Settings for Best Performance. The default settings don’t offer the best performance so you need to adjust optimal settings. In order to do so, you will have to click on the hamburger menu in the top right corner of the emulator home screen. After that, you need to tap on the ‘Settings’ option. Under the settings option, there will be a ‘Basics‘ tab of the Setting Center.  You don’t have to, make any significant changes to improve the performance in this tab. However,  you can select if you want to run the emulator at Windows startup or not. This option is turned on by default. However, if you have an older PC or don’t have a boot SSD, then it is recommended that you should turn off the option so that the emulator doesn’t have any impact on the startup or reboot time of your PC. Then comes the ‘Engine’ tab.  You need to turn on the ‘Prioritize Dedicated GPU’ setting to ensure that the emulator makes use of the dedicated GPU on your system. It will greatly improve the performance as a whole. However, if you don’t have a dedicated GPU then turning on the setting will have no effect on the performance at all. After that, you need to Select the highest memory setting available in the ‘Memory’ drop-down menu. Furthermore, select the maximum number of cores available in the ‘Processor’ drop-down menu.  However, you can set the resolution as per your personal preference. In addition to all this, selecting the lowest possible DPI from the ‘DPI’ drop-down menu also has a positive impact on the gaming performance. Once you’re done with the settings, you will need to restart the emulator for the settings to take effect. However, make sure that you restart after the download is complete otherwise you will have to start downloading the game from scratch. 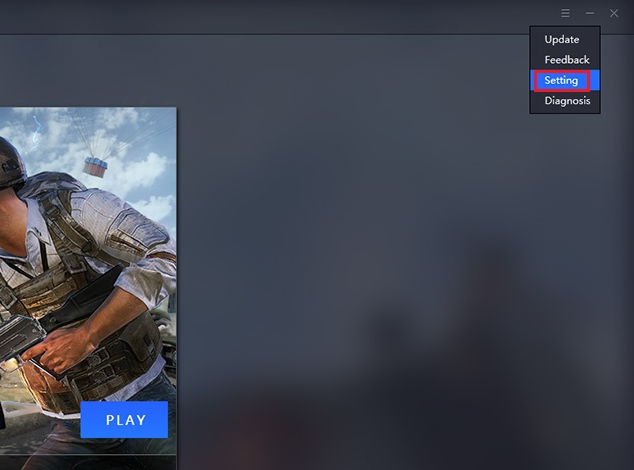 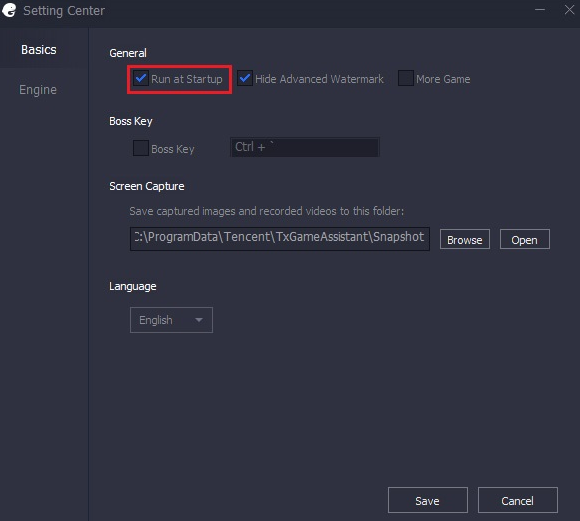 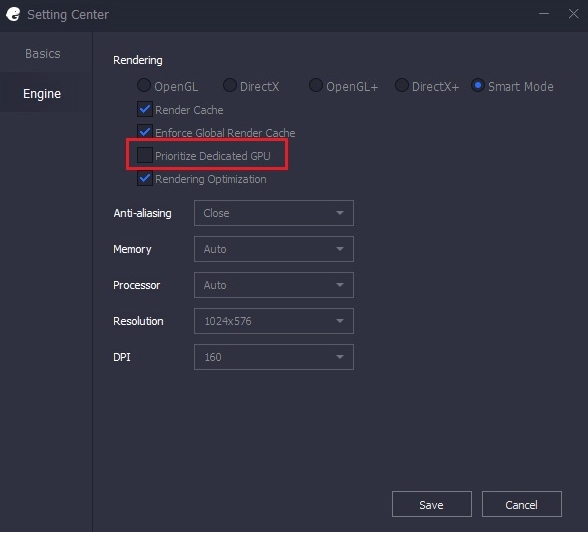 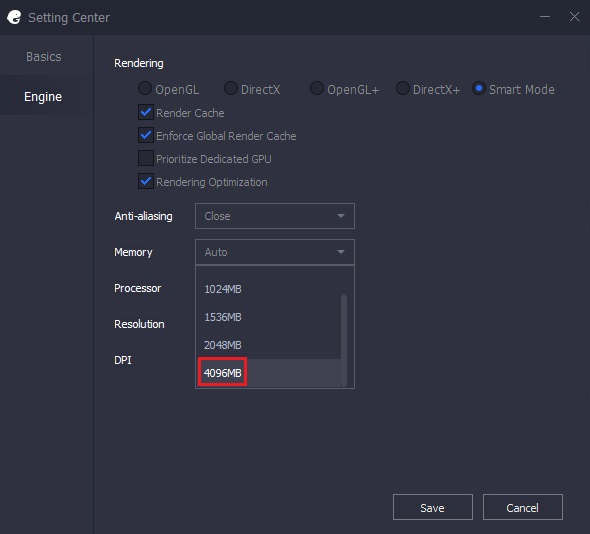 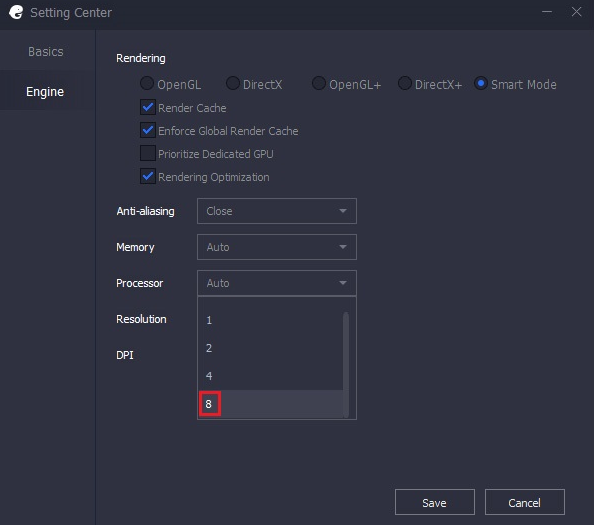 Next step is to Adjust In-Game Settings for Best Performance. Once the game will be downloaded and optimal settings are applied, you can run the game easily. The first time when you will start the game, you will see a control panel to the right of the emulator. The control panel will list down all the keyboard and mouse controls to play the game. The control panel can easily be hidden when not in use. Almost all PC gamers are familiar with the controls. however, if you’ve never played a shooting game on your PC before, you should try to go through the controls and memorize them as well as you can.  In order to play PUBG for PC Online, you can now log in to your Twitter or Facebook account to sync your PUBG Mobile data. Even though, you can also play as a guest if you don’t want to log in to your account. One thing must be kept in mind that if you log in with the same credentials that you used on your phone then all your PUBG Mobile account data will be carried forward to the emulator. Furthermore, the stats will remain synced up no matter which platform you play the game on.  After logging in, you can customize the in-game settings in accordance with PUBG system Requirements. You can also change the controls as per your liking. This can be done by clicking on the ‘Customize’ button in the bottom left corner of the ‘Controls’ tab in the in-game settings menu. Before playing the game, you can also adjust the sensitivity. The default settings are a bit too sensitive. However, it depends on your liking. You can adjust considerably to make camera panning, ADS and scope sensitivity a bit more manageable. 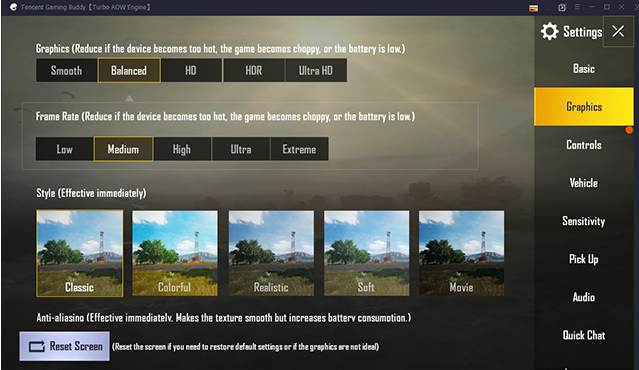 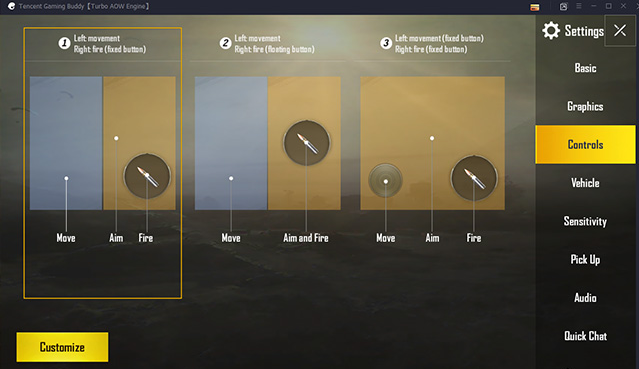 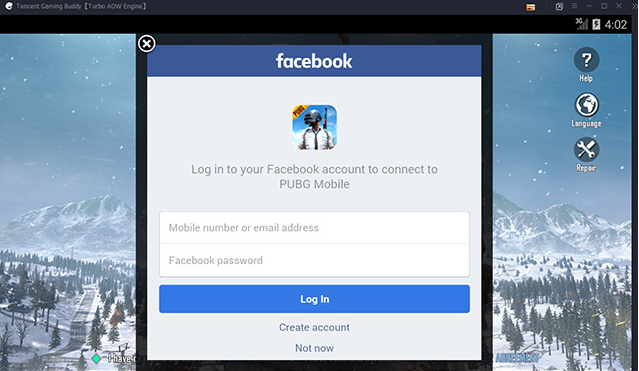 Once you’re done with all the settings and have customized everything as per your liking, you can jump right into the game. You can then have fun playing PUBG Mobile on PC. However, there are some notable things that must be kept in mind. First of all, in order to keep the playing field level, all the players using an emulator will only be matched with other players using an emulator.  However, the game allows you to enter matches with your friends who are playing on mobile devices. Then secondly, even if you have high-end hardware powering your PC, don’t expect the game to run as well as it would run on a high-end smartphone. In this way, you can all download PUBG for Windows PC. PUBG Mobile For Windows 10, 8, 7 can be downloaded in the similar way as discussed above.

Battlegrounds had received positive reviews from critics as well.  The critics found that this game presented new types of gameplay even when it was not fully finished and had some technical flaws. Even at that time, it could be easily approached by players of any skill level and was highly replayable. The game also received several “Game of the Year” nominations among other accolades. Furthermore, it is considered by Greene to be the defining game of the battle royale genre. In addition to that, several other video games, following in Battlegrounds’ success, added battle royale-style modes. A number of clones also appeared outside China. PUBG Corporation also ran several small tournaments and introduced in-game tools to help with broadcasting the game to spectators. It is their utter desire that this becomes the most popular game. 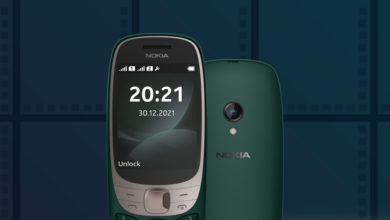