QMobile releases another fantastic, super fast, and efficient smartphone calls QMobile Noir Z12 in a z-series, QMobile Noir Z10 was launched a couple of months ago which is still in market with good number of sales, but this time QMobile looks in hurry, it unveiled the next z-series smartphone after the launch of Qmobile Noir Z10. Well, this was a little intro of our brand new, stylish and deadly fast QMobile Noir Z12, now it is time to go through the specification of Noir z12. The smartphone has some special qualities as compare to its competitor in market.

I’m sure it’s gonna give tough time to its challengers. No doubt, its elegant style with fantastic metal case which protects it from dust and keeps it shiny and attractive but with this amazing design the QMobile Noir Z12 has fast 1.3 GHz, Octa core of Media tek paired with sufficient 3GB RAM and a true entrainment with 5.3” super AMOLED display with extra protection of Gorilla Glass 3, the smartphone has its own 32 GB internal storage which itself can store a lot of data, still you can expand the memory section upto 128 GB with additional MicroSD card suport.

One thing I forgot to share that NOIR Z12 is equipped with 13mp rear camera having sharp led flash and 5mp front camera which enables you to capture the special occasions with your love ones. In addition NOIR Z12 possess many more interesting features like GPS, Bluetooth 4.0, Type C USB (2.0), WiFi b/g/n, 3G, 4G and LTE etc. with advanced technology. This mobile with several features is a mid-range smartphone available in Gold color. The price of QMobile Noir Z12 is Rs: 23,300 in Pakistan. 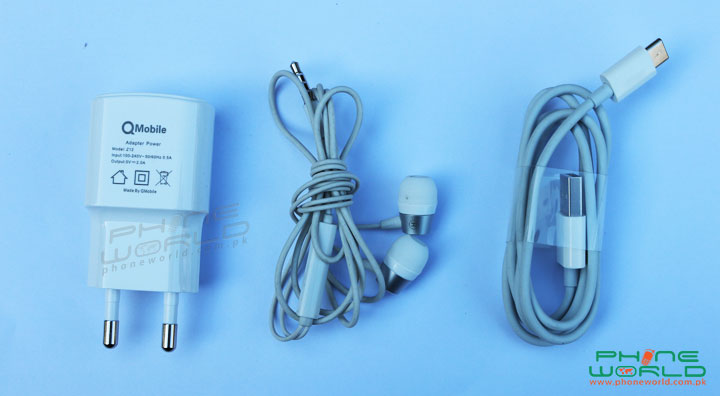 The details specifications of QMobile Noir Z12, which is 100% correct and authentic and you will found nowhere else. The QMobile Noir price is Rs: 23,300 in Pakistan.

QMobile Noir Z12 is a beautiful, stylish, sleek and slender smartphone that is packed with the metal body and polished with gold hue. The smartphone looks like Huawei handset at first look but it indeed different from it.

QMobile Noir Z12 got shiny edges and corners are slightly curved that give the smartphone good shape, there is 2 mm black line around the touchscreen that you can see when is screen is on that bezel is there to support the screen and keep the screen stick to its position. The external look of the smartphone is attractive and catchy while the dimension are 152 x 75 x 6.5 mm and weighs just 140 grams, as the dimensions say the smartphone is a bit wider but slim the length is good which can easily is be operate with single hand. 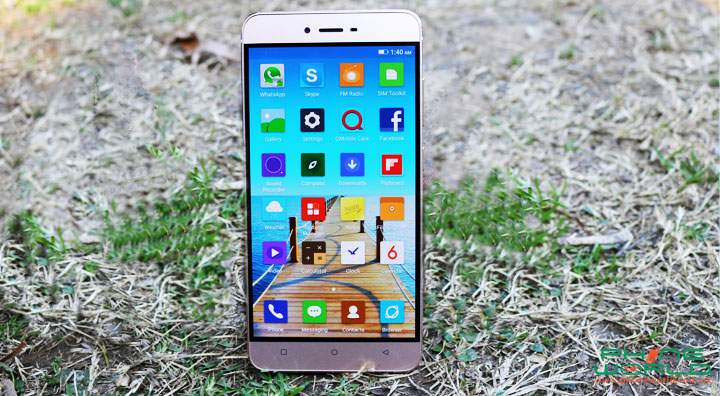 QMobile Noir Z12 sports 5.3’’ wide display along with super AMOLED, 720px and 320 dpi density which provides delicate and transparent display sense. AMOLED display is a good addition, the AMOLED display usually comes in SAMSUNG smartphone which price high, however we will have to give the credit to QMobile that it launches the smartphone in range to PRs: 23,000 with AMOLED display. The touch of screen is smooth and just awesome you can play with screen without any halt, the wide display is true HD which can any kind of HD videos and enhance the true color of video to give you premium quality picture. Android OS V5.1 Lollipop Amigo 3.1 user friendly interface supports its multitouch screen upto 5 point multitouch.

On the top edge of the QMobile Noir, You will find a single 3.5mm headphone jack. Turning it over the bottom side, you will have two regular grilles; the one on the right side is a speaker while the left side is a microphone for phone calls. The right edge of the QMobile Noir Z12 is home to the only physical buttons found on the device. The power button is situated underneath the volume rocker which gives more comfort as you can easily locked the screen and usually we use the power button more than volume rocker.

The front side of QMobile Noir Z12 is like other smartphones that is much to look at. There is no logo or icon on the front, Forehead is carrying standard speaker grille, a 5-megapixel camera, and the standard proximity and light sensors.

This newly introduce QMobile Noir Z12 is powered with a fast 1.3 Octa core, 64 bits, MediaTek processor along with 3GB ram versions and control by latest version of android 5.1 Lollipop . It’s fast enough to run and play different games and heavy apps without any lags. The processor is specially design for mid-level smartphones; delivering good experience to consumers all around the world. The key features of processor are 4G/ LTE support, Bluetooth 4.0, HD video recording and playback support. The processor supports 16MP camera, however our QMobile Noir Z12 is equipped with 13MP camera on the back.

Apart from this, it supports dual Sims, 3.5mm headphones to listen your favorite tracks. It consists of advanced connectivity options like GSM/CDMA, 3G, 4G/LTE. Be patience, many advance feature are still here to be share let’s talk about its sensor technology. Well, QMobile Noir Z12 is comprised of proximity sensor, accelerometer and ambient light sensor.

QMobile Noir Z12 comes with 3GB RAM and 32GB of ROM. The main memory is 3GB that can handle many apps at same time, to give smooth processing while fetching data from processor and vice versa. The 3GB Ram in combinations with 1.3 GHz octa core processor makes the processing super-fast and play any kind of high graphic games and videos.

The internal storage of QMobile Noir Z12 is itself huge storage, yet you can expands it upto 128 GB with microSD card but surely you will not need to use the SD card.

Now a day’s mobile camera is considered to be the most important part of the smart phones because everyone wants to capture his best movement in the lens of camera. so if one wants to capture his/her unforgettable movements QMobile Noir is the ultimate choice because it has 13mp front camera lens along with a sharp LED flash and 5mp front camera with some outstanding digital features like Geo tagging, panorama, HDR, professional shot, face beauty, picNote, ultrapixel, smart scene QR code scanner and GIF. One can also make HD videos of [email protected] 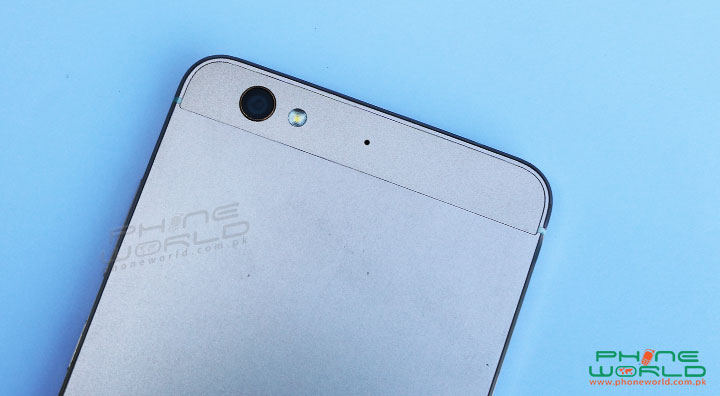 QMobile Noir Z12 featuring a 13 MP camera on the back along with sharp LED, the camera app supports Night Mode for clearest images with every shot. The QMobile Noir Z12 features a 13MP camera with SmartImage 3.0 which promises to deliver the clearest image with every shot. The image quality is awesome camera is so responsive and take that picture as soon as you touch capture button, the camera is flourished with several mode like Geo tagging, panorama, HDR, professional shot, face beauty, picNote, ultrapixel, smart scene QR code scanner and GIF.

The camera is many settings option that allows you to play with your QMobile Noir Z12; you can set the different resolutions of image in case you have issue of lacking memory space. Photos are shot in a native 4:3 aspect ratio with a resolution of 4160 x 3120 px. Apart from this, you can record FHD video of 1080px with the camera, video has its video setting which different from the image settings featuring Anti-shaking, microphone, scene mode etc.

QMobile is carries 5 MP front camera with 4:3 aspect ratios as well which brings it to a total resolution of 2560 X 1920 px. There camera has wide angle selfie that camera result is up to the mark, every picture that is taken with front camera is clear and colorful. Just like QMobile Noir back camera the front camera shares same settings option as well as all the picture modes which is sounds great, in fact it makes it more elegant. All the modes are available to the user for playing with camera.

Beauty mode is also present on the QMobile Noir Z12 camera. The beauty of object can be increased using this feature. The front camera is capable of making FHD videos of 1080px.

QMobile Noir Z12 is powered by 3150mAh battery which itself a power bank provides electric pulse to keep your phone alive. 3150 mAh is much enough for given hardware. The battery timing is good on average use like making simples calls and messaging that can last for two or three days.

It’s a smartphone with 4G network support and super AMOLED display thus if using 4G or 3G network frequently, unfortunately the battery bars go down rapidly; but if using internet data on and off, approximately 3 to 4 hours daily, QMobile Noir Z12 battery can last for on all day once fully charged. Here I must inform you that QMobile Noir doesn’t support fast charging,yet it comes with 2amp charger that would take almost 2 hours to take fully charge your smartphone.

QMobile Noir Z12 has a sophisticated structure and shape and dimension are just perfect for hands. The front side is packed with huge screen in middle and upper front is house to proximity sensors and ear speaker and front camera. The back side has 13 MP rear camera at left corner with LED flash, there is also an extra dedicated noise cancellation mic situated at top portion of the back.

QMobile Noir Z12 is running android 5.1 Lollipop with Amigo 3.1 user friendly interface. The interface is easy to operate and responsive, the theme park of has a bunch of themes, the interface is starts with lock screen as soon you unlock the screen, you will not find any app drawer, all the installed apps show on home screen in the slides.

There is chameleon app, which really impressed me, actually using this you can make your theme with help of camera, what it actually do is, it picks two dominant colors from the view and makes a theme for you. The quick settings option are now situated at bottom, that appears when swipe up from the bottom.

Notifications can be customized for every individual app in Amigo 3.1. You can customize the apps notification appear on the lock screen, banners over the status bar, and in the status bar itself.

The smartphone is checked with Vellamo bench mark, the score card has shared with you. The Multi Core test is to check the communication of processor’s cores, the QMobile Noir Z12 got 1542 point which good enough for mid-level smartphone. Likewise the single performance also impressive, QMobile Noir Z12 has fast and responsive browser that you can expects from smartphone with given specifications. In single core and browser it is just close to Google Nexus smartphones which itself a milestone for QMobile Noir Z12.

QMobile Noir Z12 is equipped with Mali-T720 GPU to handle the graphics and images of all kinds that will appear on the screen. The frequency of GPU is 650 MHz and it preferable GPU for mid-range smartphones. The GPU benchmark is shared with you, the total score of QMobile Noir Z12 is 18,171 which is not impressive figure for a kind of smartphone but no doubt the display is just awesome. The highest s no’s of frames per second are 112fps which proves it can be good choice for games. 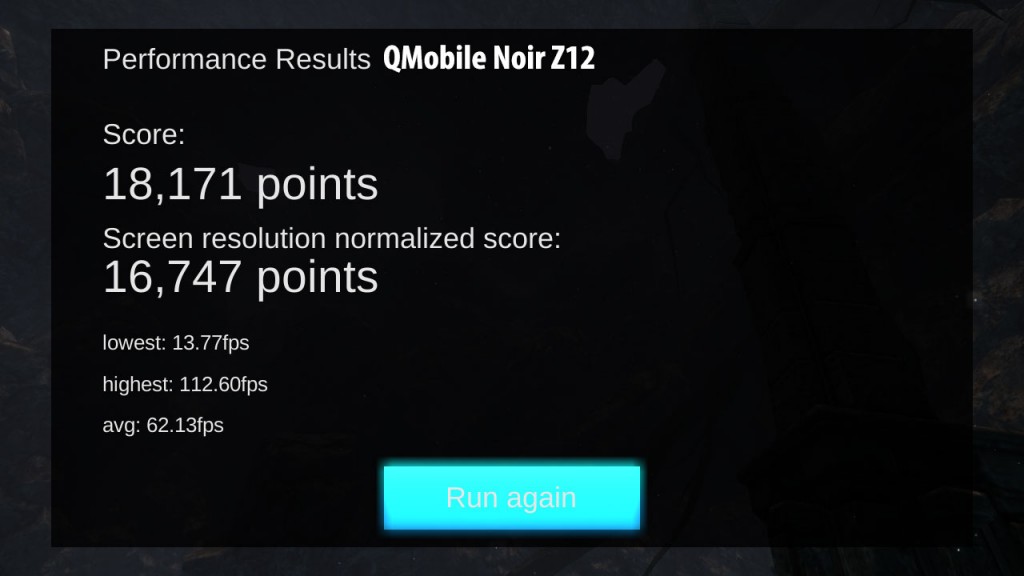 QMobile Noir Z12 has 1.3 GHz, Octa Core processor, 3 GB RAM and 32GB ROM is an ideal smartphone featuring AMOLED display and powered with long lasting battery of 3150mAh. QMobile Noir Z12 is high end smartphone in term of specifications with beautiful metallic body with golden hue and Gorilla Glass protections, although it lacks fast charging and NFC support, yet it can be ignore when you see price tag of QMobile Noir Z12. The smartphone is sleek, slender and handy which will never trouble you. The Noir Z12 is available at very affordable price of Rs: 23,300 in Pakistan.