Realme is a new brand of the smartphone industry and users are looking forward to see its new devices. The device which we are going to review today is “Realme C1” which is the midrange device of Realme. The price of Realme C1 in Pakistan is PKR.18,999/-. Let’s explore its all features in Realme C1 Review.

As the device is midrange so does the features are, the price is average because it is a mid-range device. The Realme C1 is 6.2 inches’ device with the supportive resolutions of 720 x 1520 pixels.

This midrange device of Realme has LTE support with the access of 3G/2G network also. It runs Android 8.0 (oreo) while the process is mechanized with octa-core processor with 16GB ROM and 2GB RAM.

The camera section has a dual 13MP back camera & 2MP lens while it has 5MP front camera. Its Powerhouse has 4230 mAh fixed battery in it. 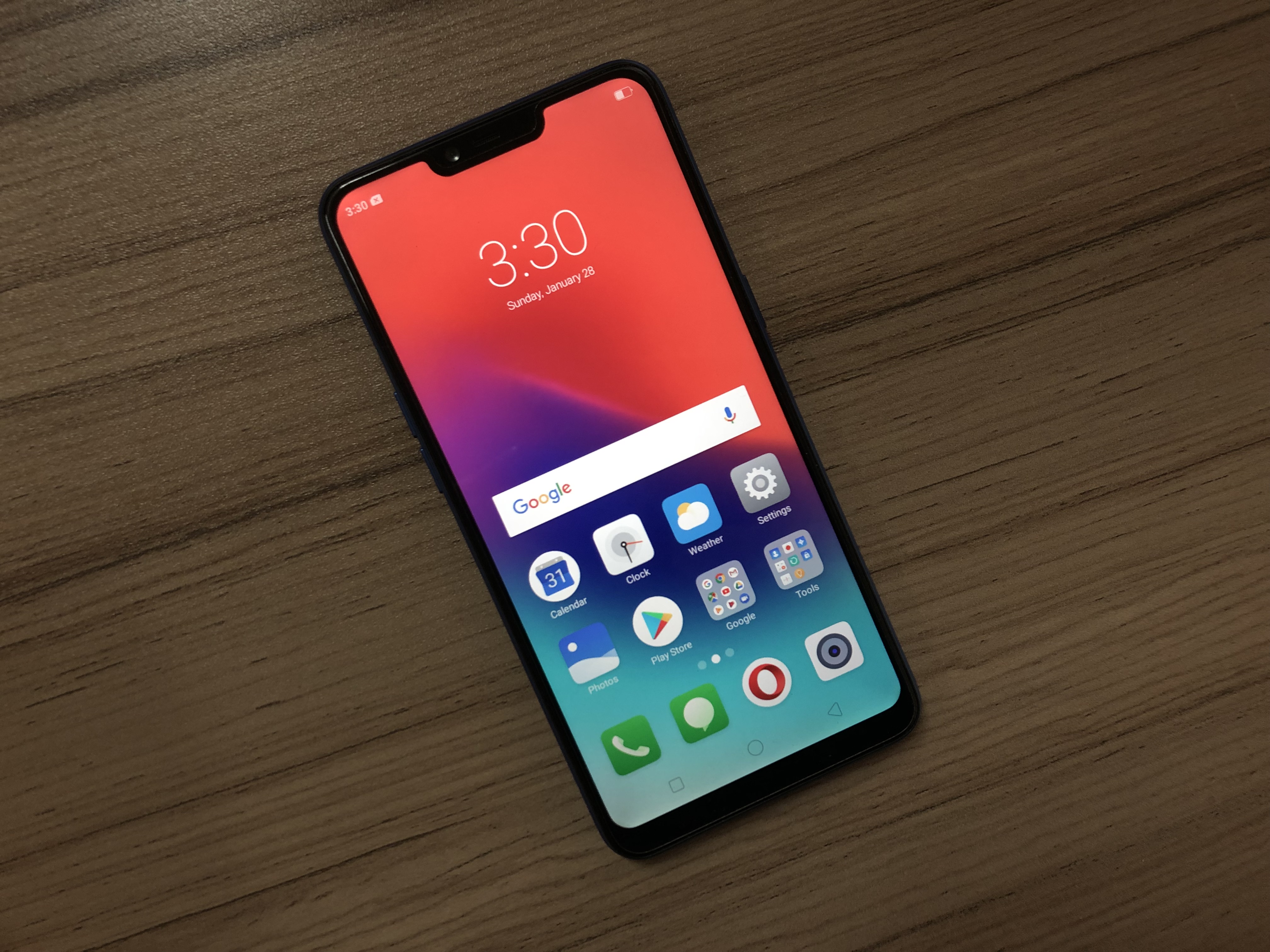 Price and Specifications of Realme C1:

Realme is  giving the best display support system. So, Realme C1 has HD resolutions of 720 x 1520 pixels. The Realme C1 has 320 dpi for the clarity of icons and texts and it is giving us fantastic display in the category of colors, sharpness, brightness, and contrast. It supports a graphic card of Adreno 506 which basically use in the 3D games.

The front body of Realme C1 has an earpiece, sensor, and 5MP front selfie camera. The earpiece is marked on the center side while the body is the fully straight shape. The downside has micro USB port, speakers, audio jack and mic on it.

Edges are also filled with connectivity ports in which one edge has SIM jacker and volume button while the opposite one is marked with power button.

The back body is fully simple and sleek while top side has dual back camera lens with a LED flashlight. “Realme”, name is also marked at the bottom side.

Realme C1 has dual back camera lens 13MP & 2MP whereas the front camera has 5MP selfie shooter.  Both lenses can record video up to 1080p quality. Let’s have a look at these both camera lenses in detail.

The back camera of Realme C1 some excellent features which are Geo-tagging, Phase detection, touch focus, Panorama, HDR. We have tested the back camera of Realme C1 and overall the cameras are pretty good but nothing special. They perform fairly well, although the focus can take a while to lock on and low light performance could be a lot better. Detail is good in natural lighting but there are simply better phones out there for photography including the Samsung and iPhone.

The front is a 5Mp camera with a matching f/2.2 aperture. It offers brilliantly exposed selfies.  The results are satisfactory and we have observed brightness has very good balance. The sharpness of images is little less while saturation has also satisfactory response.

Realme C1 has 4230 mAh battery and it almost gives us 7-8 hours of consecutive usage whereas excessive usage of 4G/3G will drain the battery very quickly.
If we talk about the processor of Realme C1 then it has a 1.8GHz octa-core processor with the chip set of Qualcomm SDM450. It has better chip set than other comparative devices.

Realme C1 is an awesome device packed with the mid-range features and with other powerful features in a reasonable price range. Besides Camera results, the Realme C1 is brilliant for normal usage and you should consider this device before getting any other one.