Samsung Galaxy M30 was launched almost three to four months back. Recently, a new improved version of the handset dubbed as Galaxy M30s surfaced on Geekbench.

According to the Geekbench Listings, the improved version of the Galaxy M30 will be powered by the Exynos 9610 chipset. Furthermore, it will come paired with 4GB RAM. The smartphone will run Android 9 Pie straight out of the box. Now, let’s compare it with the previous version. According to me, the upcoming handset will perform much better than the previous one because the M30 is powered by Exynos 7885 SoC which is less powerful than the Exynos 9610 chipset.

On the other hand, the camera department of the upcoming handset is also expected to improve. So, this will be one of the plus points of the M30s. The battery and other specs are expected to remain the same. However, it will be too early to say something right now.

The M30s has surfaced on Geekbench with model number SM-M307F. The device has managed to push out 1,680 on the single core test and 5,211 in the multi-core department. Let’s have a look at that: 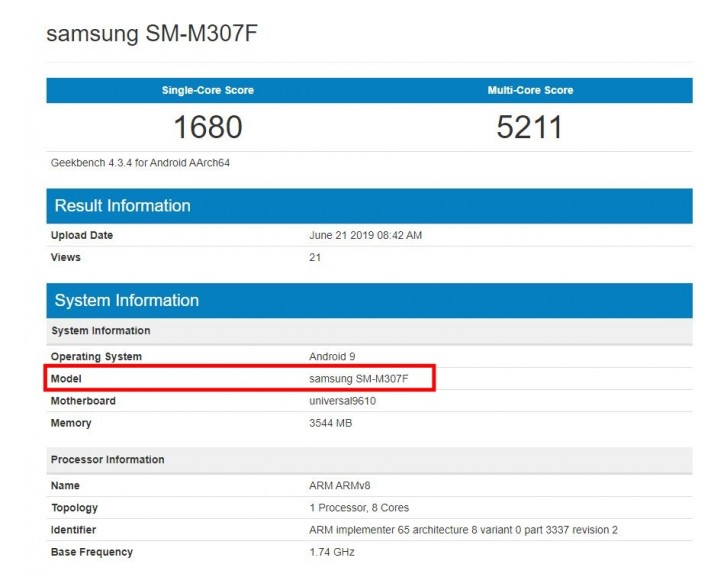 There had been no further words regarding the handset yet. Till then, stay tuned for more updates.