Samsung is currently working on their new flagship, Galaxy S10. It is rumored that this new device will be packed with an iPhone X-style 3D-sensing camera for Face ID-type security and unlocking capabilities. Korean news outlet The Bell has reported about this news of new Samsung Galaxy S10 to Feature 3D Sensing Camera Like iPhone X.

The report said that a Mantis Vision an Israeli startu is currently working with camera module firm Namuga on 3D-sensing camera solutions for Samsung, that comes with the technology intended to feature in the next generation of Galaxy S smartphones.

This new report about the leak of Samsung S 10 seems to carry accurate prediction, because Namuga is not only one of Samsung‘s camera module suppliers but also directly supplies 3D-sensing modules for Intel’s RealSense AR cameras, while Mantis Vision also specialises in 3D-mapping technologies. 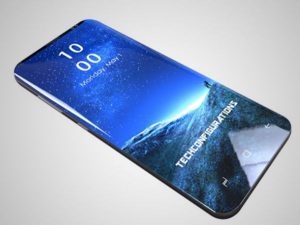 KGI Securities analyst Ming-Chi Kuo has claimed that Android smartphone makers would take up to two and a half years to catch up with Face ID. However, Apple released the iPhone X in November-2017, and the Galaxy S10 will likely be released around March or April of 2019, approximately a period of one-and-a-half year.

So the Galaxy S10 users would be able to benefit from the faster internet speeds that 5G will provide. It is also rumored that Galaxy S10 will Power with Qualcomm Snapdragon 855. That will definitely bring the expected improved performance and better efficiency over Qualcomm’s current chipset.

Read Next: How to get rid of the annoying “apps are using battery” notification in Samsung Galaxy S9