[dropcap4]T[/dropcap4] elenor Pakistan has made another attempt and has written a letter to Ministry of Information Technology to get compensation against the revenue loss it had to incur due to forced cellular suspensions.

Sources who are aware of the development said that Telenor Pakistan, in its letter to Secretary IT, said that it makes special arrangements — involving higher costs — to cater massive increase in traffic on special religious and national occasions, such as Eid, Muharram, Ishq-e-Rasool day, Rabi-ul-Awal, Chelum etc. 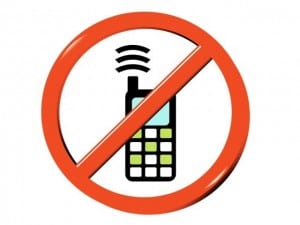 Telenor said that such special arrangements are made to get higher returns during these occasions, however, due to PTA orders for suspension of cellular services it had to incur a revenue loss of approximately Rs. 163 million in year 2012 and January 2013.

Telenor Pakistan said that Government of Pakistan — after getting the services suspended under section 54(3) of Pakistan Telecommunication (Re-organization) Act — is also required to compensate the operators whose services are effected in such situations.

Section 54 of Telecom Act talks about service suspension during war or hostile situations. It reads as following:

Provided that the Federal Government may compensate any licensee whose facilities or services are affected by any action under this sub-section.

In view of this section of Telecom Act, Telenor Pakistan requested the federal government to compensate for its losses.

This is not the first time that cellular companies have approached MoIT for compensation aginst the revenue loss due to service suspensions. However, it appears that all prior attempts were put on deaf ears.

It is said that other cellular companies are also in process of writing similar letters to MoIT.

Market insiders tell ProPakistani that cellular companies might take the case to court if their demands are not met by the government.

Telenor Pakistan, along with other cellular operators, has probably forgotten the loss of mobile phone customers, as no one is perusing or talking about the loss that customers have to bear due to service suspensions.

During cellular service shut downs, all postpaid customers are charged with usual daily rental, in addition to service charges deductions that prepaid customers pay against bundles, services, LBC offers and so on.