Share
Facebook Twitter LinkedIn Pinterest WhatsApp
[dropcap2]T[/dropcap2] he Windows Phone 7.8 update is beginning its rollout to phones currently running on Windows Phone 7.5. You can transform your Nokia Lumia with a host of exciting new personalisation features, such as the ability to resize your tiles, new lock screen options, and more theme colors.
Windows Phone 7.8 has already been shipping pre-loaded on the Nokia Lumia 510 and other phones in the Nokia Lumia family, with users delighted by the new features. 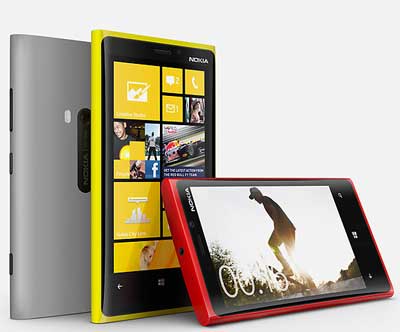 And now, following extensive software testing, update notifications will begin to appear for Nokia Lumia 510, 610, 710, 800 and 900 owners with an unlocked phone or operator approved software during February.

Starting today and rolling out over the coming weeks, a message will appear on the phone encouraging users to get the update. Simply connect your phone to your computer via Zune for PC, or the Windows Phone app for Mac – and follow the onscreen instructions as shown in the video above.

As well as major system updates, there has been a stream of exciting new features introduced to Nokia Lumia. These include Internet sharing, Bluetooth sharing, imaging enhancements like Camera Extras, and the release of apps such as Contact Share, Play To and Nokia City Lens that are available.

With Windows Phone 7.8 installed, your Nokia Lumia gets even better.

The Start screen experience is completely refreshed with the ability to re-size your tiles: small, medium and large.

In addition, there are also new options available on your lock screen, such as having a daily background image from Bing; plus there’s improved pocket and child lock screen security.
Plus, there is increased language support, meaning even more people get to enjoy Nokia Lumia.
These new benefits, together with the new look Start screen, will make your Lumia feel like a brand new smartphone.

The Windows Phone 7.8 update is now rolling out for Nokia Lumia smartphones through February. Delivery of the update is operator dependent, meaning you will receive a notification in the coming weeks if you have an unlocked phone or if your operator has approved the update. If you don’t receive the update notification within the next three weeks, please contact your operator for more information.

In the meantime, you can ensure that you don’t miss out on the update, by checking that notifications are enabled on your phone. Go to

Settings > Phone Update > “Notify me when new updates are found”.