Xiaomi launched three flagship phones in May ie; Xiaomi Vanilla Mi 8, Xiaomi Mi 8 SE which is a lite version and the powerhouse variant with a translated name Xiaomi Mi 8 Explorer. The first two went on sale in June while the third device launched globally in July. The Mi 8 series is about to get a fourth variant named as Xiaomi Mi 8X according to the latest leaked images. Xiaomi Mi 8X live images show that it will feature Snapdragon 710 and will have an under-display fingerprint scanner.

The upcoming phone will be a mixture of all three Xiaomi Mi 8 series variants. The body of the smartphone, Xiaomi Mi 8X will have the same form factor as that of regular Mi 8. It will feature a screen with rounded corners. The back panel will have curved edges. The person who posted the leaked images on Weibo also revealed that it will feature an under- display fingerprint scanner. Xiaomi Mi 8X will be one of the Snapdragon 710 phones. Let’s have a look at the live images of Xiaomi Mi 8X leaked on Weibo. 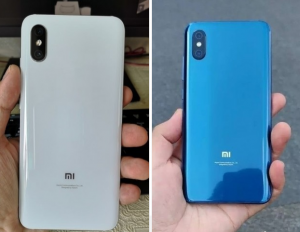 In addition to this, another photo surfaced on Weibo. According to our tipsters, the photo is picturing Lei Jun boarding a plane with a white unknown phone in its hand. It might really be the Xiaomi Mi 8X. It looks like Xiaomi Mi Mix 2S or the Mi 8 with a photoshopped fingerprint scanner out of the way. So, it can be the fourth variant of Xiaomi Mi 8 series as it seems to be a mixture of all first three variants. 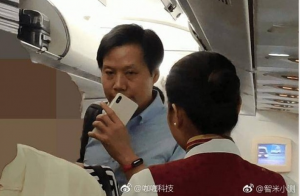 There are no words from the company about this phone yet. We don’t know much about the upcoming variant except some of its leaked features. Let’s see when the company officially announces the upcoming smartphone.