Samsung’s S Pen had become a staple of the Galaxy Note series as the company has managed successfully to integrate the stylus into modern smartphones. As we know that Samsung and the tech giant, Apple always try to give a tough competition to each other. So, naturally, Apple may now be on track to give a tough competition to its rival after the launch of Samsung’s flagship. Upcoming iPhone models are expected to come with Apple pencil support. Upcoming iPhone’s Apple Pencil Support can steal Galaxy Note 9’s thunder.

Recently, a new report about 2018 iPhone models showed up. TrendForce claims that 2018 OLED iPhone models will boast support for the stylus pen. There have been reports about such functionality coming to iPhones dating back to early 2016. So, there may be merit in the new report. Although there is no piece of information about a new or redesigned Apple Pencil in this new report.
Moreover, TrendForce claims that the existing version of the Apple pencil will be compatible with 2018 OLED iPhone models. The people who already have an Apple pencil can use it on the new iPhones easily. They won’t have to buy new ones.
The strange part is that the Apple Pencil is quite big. It’s like a normal pen. It is perfectly fine when working on an iPad but carrying it around in your pocket to use on an iPhone seems cumbersome and redundant. 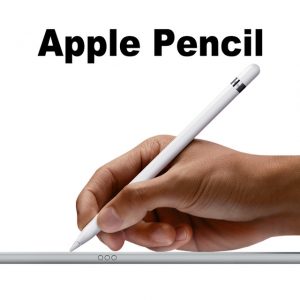 As we know that Samsung’s S Pen slides into the device itself so we’re seriously doubting that Apple will do such sort of thing with this year’s iPhone lineup. TrendForce’s latest report also suggests that 2018 iPhones will come in three storage tiers of 64GB, 256GB, and 512GB. As per the report, the more affordable, LCD iPhone model may be available in 64GB and 256GB. On the other hand, the 512GB tier may be reserved for the more premium, OLED models. Apple will surely come up with new strategies to make their phones stand first in place in the market. Let’s wait and watch.