Previously, Cellular Mobile Operators (CMOs) had recommended the elimination of Subscriber Identity Module (SIM) card activation tax along with customs duties on the import of mobile phones and telecom equipment, in a five-point telecom budget 2015 proposal. But unfortunately, the proposal was not taken serious by the Government and a month later it responded with a 19.5% tax duty on internet services.

The Punjab government, on May 29, through a Statutory Regulatory Order (SRO), imposed the above-mentioned tax on internet services that provided more than 2 Mbps connections or those that exceeded Rs. 1500 in monthly consumption. This step has been taken after the Sindh Government imposed same tax duty on its consumers.

Now, anyone using internet services of Rs2,000 per month will also pay almost Rs400 as tax to the Government. This is in addition to the combined 38% tax consumers are already paying under federal excise duty (FED) or general sales tax (GST) and advance income tax or withholding tax on mobile phone services, such as voice calls and text messages.

[pull_quote_center]“Internet had now become a necessity for every sector of the economy, whether its agriculture, healthcare, education or SMEs. “Even a small size business has a monthly bill of more than Rs1,500. Making broadband expensive will have a very negative impact on the overall economy.”[/pull_quote_center]

[pull_quote_center]“The government seems to be underestimating the effectiveness of broadband by taking such decisions. Telecom taxes are already over 30%, this new tax will add another 7% to it. Echoing the views of the telecom sector that believes levying more taxes will hinder the growth of mobile broadband, nearly 80% of the country’s 132 million cellular subscribers (as of April 2015) are below the threshold of taxable income.”[/pull_quote_center]

The CMOs jointly responded to this tax on Thursday and said:

“Imposing taxes on data services only a year after the successful 3G/4G spectrum auction will not only hamper economic growth but will also adversely impact the government’s initiative for the proliferation of mobile broadband in Pakistan.”

As we all know that operators do not offer a fixed speed and, as a result, the users can have 1 Mbps speed at one location and 3 Mbps on the other, hence, making it more difficult for tax application, which is based on a fixed speed of 2 Mbps.

Mobile sector in Pakistan has enabled almost 132 million people to be connected and have access to latest information, the rest of 58 million don’t have access to mobile connectivity. The CMOs argued that only by lowering the taxes they can afford the infrastructure to increase their network coverages in order to facilitate many people. But the situation seems more blur and unrealistic with the imposition of 19.5% as the operators would not be able to help in mobile penetration in Pakistan. 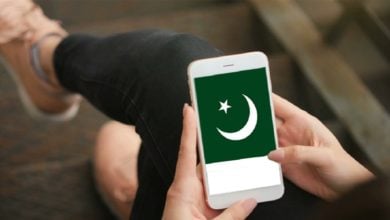