Everyone using social media knows how Adnan Sami was trolled on different platforms for being an agent of ISI. Well, that were just funny memes but now the twitter account of Adnan Sami is hacked. Just one day back, India’s famous actor, Amitabh Bachan’s account was hacked and a picture of Prime Minister Imran Khan was set on his account. Adnan Sami Twitter account is hacked in the same way which clearly shows that hacker is the same. 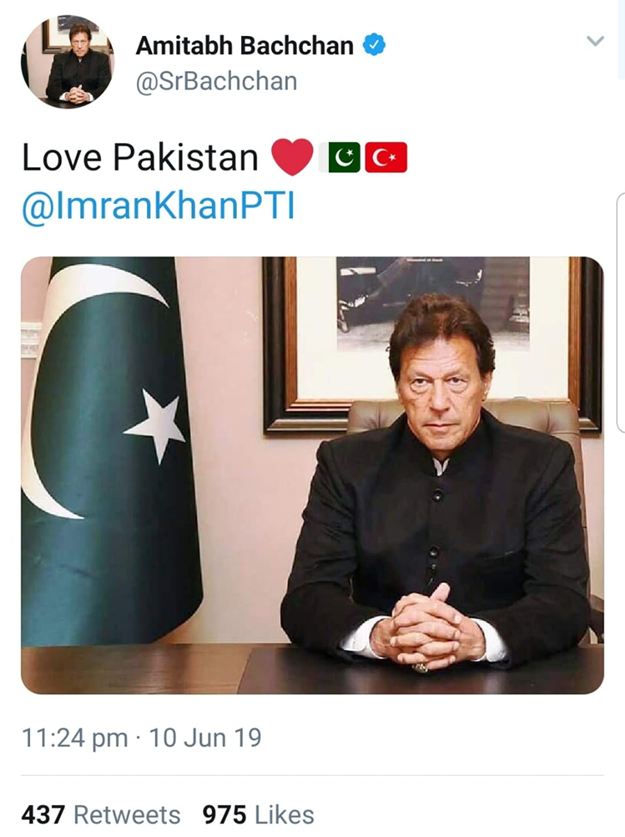 The singer Adnan Sami’s bio description was changed by a text “Ayyıldız Tim Love Pakistan” and the display picture was replaced by Imran Khan’s with the Turkish and Pakistani flags in the background.

“who ever shows the courage to betrayal our brother country Pakistan know that you will see Pakistan’s prime ministers photo and Pakistan flag as a profile picture.”

They further said that:

“the truth has invisible armies”. 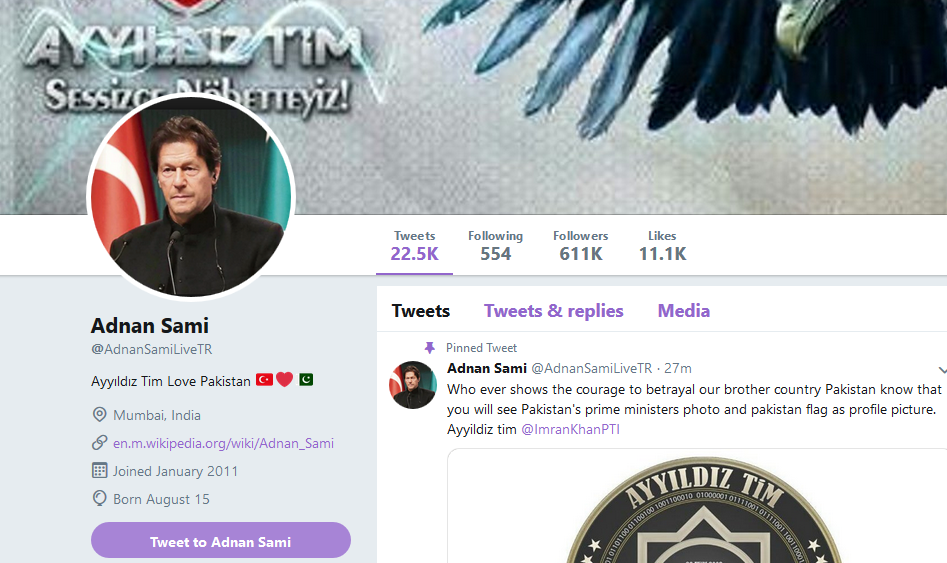 They further wrote that: 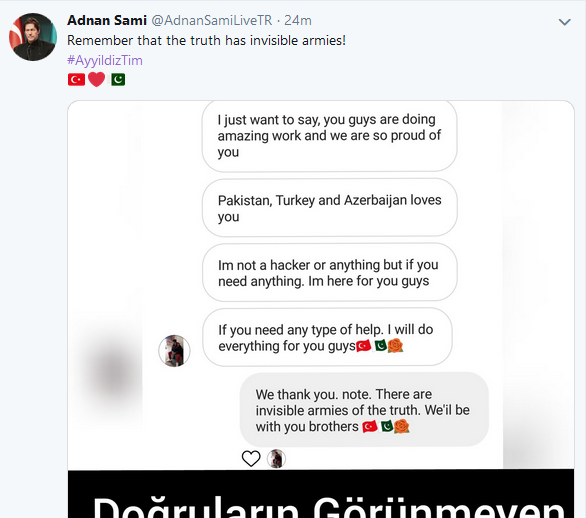 Well, this is funny but at the same time, it is against laws. No one has the right to compromise someone else’s privacy or can hack someones’ account. So legal action should be taken against such hacker. Moreover, rather than laughing at such thing, we should build awareness through social media that such things will only deface the reputation of our country Pakistan.