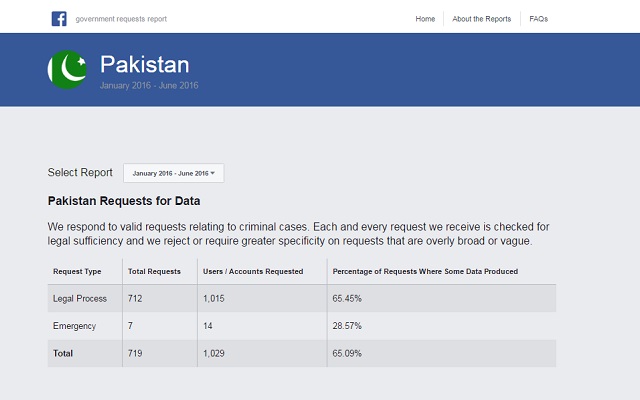 In this category, Pakistan made total 280 preservation requests and 363 users/Account requests. In addition to it, Facebook Blocked 25 Pages For Violating Pakistani laws in 2016. 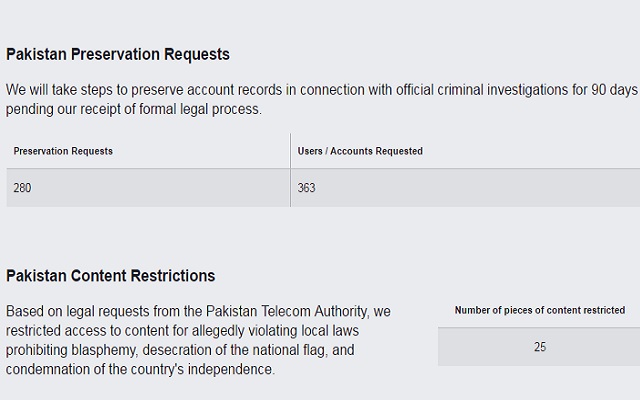 “Based on legal requests from the Pakistan Telecom Authority, we restricted access to content for allegedly violating local laws prohibiting blasphemy, desecration of the national flag, and condemnation of the country’s independence,”