We have seen the Galaxy Watch Active and Galaxy Watch Active 2, but no sequel to the original Watch. Samsung users keen to experience something out of the box this time. Samsung launched two versions of its Active wearable that are fitness-oriented without spinning bezels. Even though we’ve seen nothing more than an FCC filing for a new Galaxy Watch lifestyle, this device seems likely to be on the way (and taking back the signature feature) given the latest uptrend in leaks.

The Samsung Watch 2 might recreate one of the original Galaxy Watch’s most popular specifications, according to the source behind much of the Watch 2 leaks we’ve seen so far. And the Apple Watch 6 will get bad news. 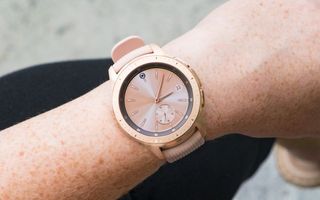 SamMobile reports indicated that the Galaxy Watch 2 will have a physical bezel that we assumed Samsung had dissolved after the Galaxy Watch Active and Active 2 debuts. Also, there’s a speculation in a similar article that one of the first Watch’s most crowd-pleasing functions, missing on the two Active versions in between, will be making a comeback.

We believe that expected Galaxy Watch 2 versions will also have Wi-Fi and Bluetooth connectivity. However, there would definitely be less expensive options available to purchase without LTE support.

Unlike the first watch it will come in two sizes. It will be between 45 mm and 41 mm. The original came in sizes of 46 mm and 42 mm, for contrast. Our expectation is that the show would be as big as on the originals, if not bigger, but with less space outside of the screen.

As Droid Life points out, the filing of the Galaxy Active 2 reached the FCC on 26 July 2019 and the watch itself was announced on 30 July just four days later. Companies like Samsung and Apple rarely like any outside company to have information before sharing it on their own, so it looks likely a reveal will be soon.