Well, well, well… Hasan Raheem is a viral sensation like no other. His beats have kept us vibing and now another sick beat seems to be doing rounds on social media. However, this time, realme Pakistan is in the mix as Hasan teased a recording of his upcoming song and tagged realme Pakistan’s Instagram handle.

Another surprise entry is Romaisa Khan. The TikTok sensation is seen syncing steps with Hasan Raheem – and no wonder they are so catchy. Though, the whole song isn’t out yet, but some of the lyrics link it with Narzo – the gaming series by realme. 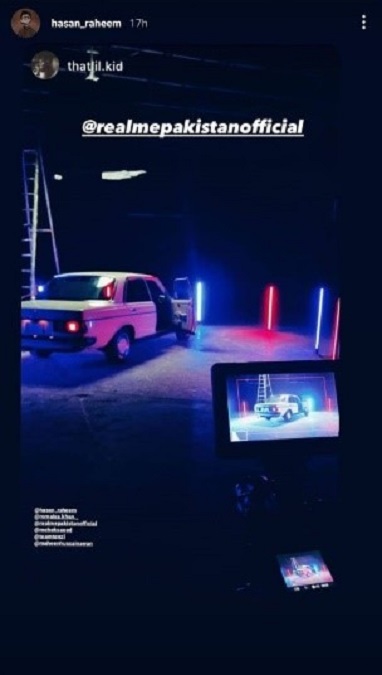 Now, realme is known to be a frontrunner with trendy designs and superb value for money in its products – but this is a whole new level of setting new trends. This sure looks like a heavy collaboration of Gen-Z influencers and puts realme on the path of breaking away with fresh ideas in the smartphone industry.

Realme is a technology brand that specializes in providing high quality smartphone with Dare-to-Leap experience. The brand was officially established on May 4, 2018 by its founder Sky Li, together with a bunch of young people with rich experiences in the smartphone industry. Realme is committed to offering powerful performance, stylish design, sincere services and exploring all the possibilities of smartphones.

As per Counterpoint, realme has become the Global TOP 10 Smartphone Brand at Q2, 2019. And its registered users had reached 10 million within only one year, making itself the most rapidly growing brand.

Realme has expanded globally to over 20 markets, such as China, India, Southeast Asia, Europe, Russia, Pakistan and Africa including Egypt.

Check out? Realme X9 Series Expected to Launch in July with High-End Cameras