As we all know that Huawei is planning to release its upcoming smartphone, the Honor 8X very soon. We had already heard many rumors about the upcoming smartphone. Yesterday, Honor broke the silence and released a teaser poster on Weibo revealing its official launch date. We came to know that the smartphone will launch on September 5 in China. The teaser not only revealed the official launch date although it also confirmed that the upcoming smartphone of Huawei’s subsidiary will come in two variants named 8X and 8X Max. Recently, a new screenshot showed up that revealed that the Honor 8X & Honor 8X Max will feature Snapdragon 660 and 4GB of RAM.

Honor officially confirmed that the Honor 8X will arrive on September 5 in two variants. One will be the standard one and the other will be an oversized version called 8X Max. Honor 8X max is rumored to boast a screen of 7.12″. Recently, a screenshot circulating on Weibo showed up that is taken from Master Lu Chinese benchmark. The model number ARE-AL00 matches the one leaked in the TENAA report last week. So, this is how we came to know that it’s Honor 8X.

The screenshot confirmed the following feature of the upcoming variants.

Previously, there was a confusion that the device will sport either SD636 or SD660. Now, it is confirmed that Honor 8X will sport Snapdragon 660. 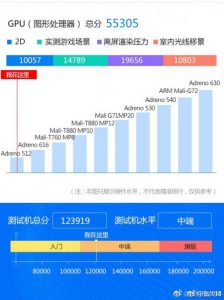 The smartphones will most likely feature a V-Shaped Notch. They may feature 16MP + 2MP camera setup on the back. As these specs are not officially confirmed so we are not sure about them. We know that the release date isn’t far off so we will know the full specs soon enough. Only a few days are left to see the upcoming variants.