For a long time, the Chinese smartphone manufacturer Infinix had remained the King in the Budget Smartphone category. This is because the company was rendering cheaper smartphones with some high-end specs that were unparalleled at the time of launch. However, the picture has turned grim after people started to notice that Infinix cost-cutting came with some glitches that affected the users in long term. Consequently, the company itself has started to decline. To support our argument, we are going to quote some reasons along with credible data to show why Infinix is declining in the Pakistani market and what lessons other companies can learn from it. 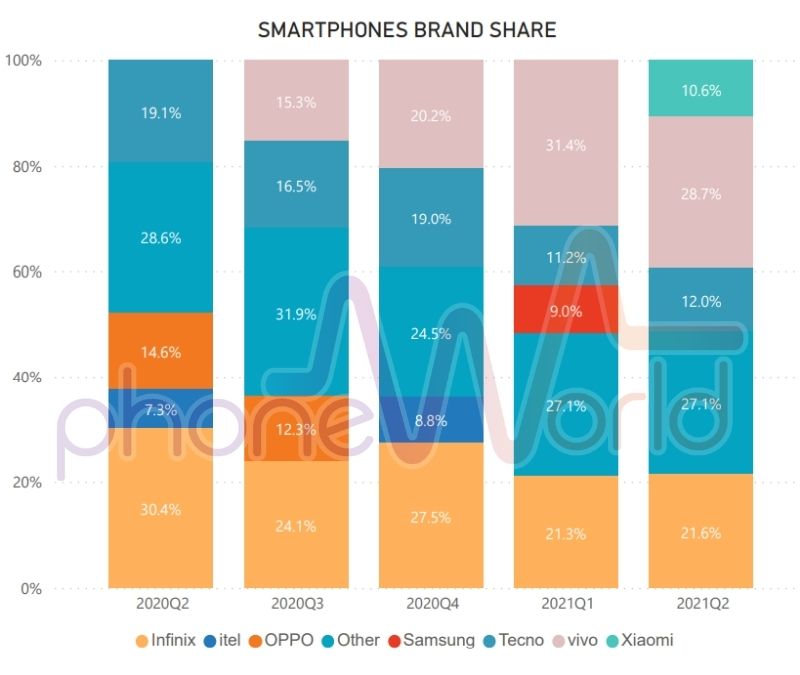 One of the primary tools of cost-cutting is the less research and development (R&D) that affects the user experience in the long term. Have you ever heard that Samsung or Apple Devices fingerprints automatically stopped working? Well, I don’t think so! As they spend a lot of money on R&D, so such software glitches have never been reported. On the contrary, I have used one of the Infinix smartphones and after a few weeks, its fingerprint sensor stopped working automatically. That’s how low R&D affects a smartphone and there are many more similar instances that people have reported.

Another cost-cutting technique that has led to the downfall of Infinix is the presence of too much bloatware or pre-installed apps. Apparently, Infinix renders heavy RAM and memory size in their budget phones but half of the RAM is filled with bloatware that can’t be deleted. So people have gradually realized that its just a marketing technique of Infinix to show heavy RAM sizes in order to sell their smartphones.

Though Infinix provides large displays with a number of cameras on the rear side in their every budget smartphone but yet again it’s a marketing ploy. As the material used ih the display and camera quality is below average in most of the smartphones of Infinix in contrast to other big brands like Samsung, Huawei, etc.

The Advent of other Smartphone Brands in the Budget Arena:

Another reason that has led to the decline of Infinix is the entry of other smartphone brands in the budget category. The top among them is the Chinese tech giant Xiaomi along with Poco and Vivo. These companies are launching smartphones with the good build quality and have a very competitive price with smartphones of Infinix, If we see the latest Redmi Note 10 and Infinix Note 10, you will see that there is a huge difference between the two in terms of build quality and display with Xiaomi clearly taking the lead.

There are some other smartphone companies that have followed the same cost-cutting techniques in their devices same as Infinix. Those companies are also facing decline as evident in the above-mentioned graph. I will quote them one by one.

The afore-mentioned chart is taken from a very credible source and it clearly depicts how Infinix is losing its brand share in the Pakistani market if we examine the trends from Q2 of 2020 to Q2 of 2021.

Tecno is regarded as the sister company of Infinix. They largely use similar tactics for marketing their smartphones at a budget price. Just like Infinix, the smartphones from Tecno are manufactured with less R&D, and they have cheap cameras and displays. So as you can see in the graph, Tecno’s market share fell from 28.6% in Q2 of 2020 to 12 % in Q2 2021.

iTel is a comparatively new company in the Pakistani market, During the second quarter of the previous year, the company has made grounds in the local market with a brand share of around 8%. However, due to the unreliability of the devices along with the company compromising on the quality, its market share has dropped significantly to below 1% in Q2 of 2021.

How Other Smartphone Brands Can Learn from Infinix, Oppo, & iTel Downfall in Pakistan?

The above-mentioned argument is clearly depicting that Infinix is declining in the Pakistani Market. Now if we scrutinize all the reasons for its decline, we can extract some lessons for other smartphone brands. Like, they should focus more on R&D, minimize marketing techniques like heavy RAM with too much bloatware and contrarily give less RAM with no bloatware. Plus, there should be no compromise on build quality.

Smartphone Companies that learned Lessons From Infinix & Others’ Decline:
(Making Grounds in the Local Market)

Simultaneously, there are companies that have learned lessons from the decline of other companies like Infinix, Tecno, etc. They embraced innovation in different areas and invested more in R&D, thus rendering quality devices. These include:

Vivo has been continuously innovating its devices especially in terms of camera and display, with more spending on R&D. One such example is the Vivo X60, in which the company made a collaboration with Carl Zeiss camera lens company in order to provide scintillating camera results. Similarly, the vivo V21e has a magic color with an impressive display. Due to these reasons, as you can see in the graph, vivo brand share has increased significantly and has reached around 30% in the ongoing quarter and that’s hiarious!

The Chinese tech giant Xiaomi has also been innovating iself in different regards. Its recent smartphones including Redmi Note 10 series, Mi 11 series are a treat to watch, Their brand share has also been increasing and has reached 10.6% in Q2 of 2021. The company is famous for investing on R&D, due to which their smartphone quality has been lauded by a large number of users.

This is a purely opinion based article. If you have any queries, you can share them in the comment section!

Check out? Infinix teams up with BNU to bring the best photographer with Infinix NOTE 10 Pro!