Motorola has announced that soon their three new smart phones are going to hit the market. Here are some of the features of these trio phones which will help you to choose the best. All of these phones have their own features and styles which make them different form other brands.

Firstly let’s talk about its camera because this device contains 21 MP camera with 4X digital zoom and a flash light isn’t it exciting? This phone can process 1080 HD videos at 30fps, also it is capable of making slow motion videos at 120fps. This phone Moto X style has a front camera of 5MP sensor with flash light. No doubt as the company claims about its camera feature that they are the best they actually are.

Now let’s check out the other features moving towards display it has 5.7 inch Quard HD display and have resolution of 1440×2560 pixels at density of 520ppi, provided with the protection of Corning Gorilla 3 with front facing speakers and stereo sound system. The phone contains battery of 3000mAh battery with Turbo charging, phone can be used for 10 hours with just 15% charging. The phone is water repellent. And phone has 3GB RAM and 1.8 GHz Qualcomm Snapdragon 808 processor with hexa-core CPU. And the graphics are powered by Adreno 418 GPU. 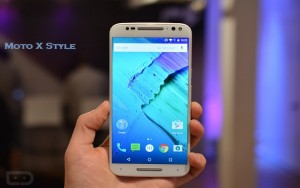 The phone Moto G has Android 5.1 Lollipop with 5.0 inch 720p display. It has processor of Snapdragon 410 and the storage of 16GB and has 2 GB of RAM .Moto G has 2470 mAh battery and is non removable which means you cannot change it or replace it.  It has a slot of microSD and have front camera of 5MP. And back camera of 13MP with bluethooth and wifi facilities. This phone can survive for 30 minutes under 3 feet water. 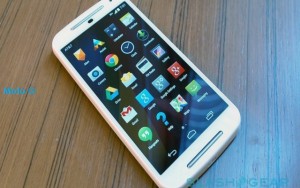 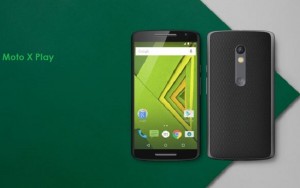