Motorola One Power Android 9 Pie Update Will Roll Out Gradually

Right now, the OTA update is available for some users only. However, it will roll out gradually to all the Moto One Power users.  The OTA update will bring new navigation, revamped UI, new split-screen look and re-designed Quick Settings. In addition to that, a new panorama feature with better low-light performance will also come with this update. Dual SIM Dual VoLTE support will also make its way to your phones with this latest update. 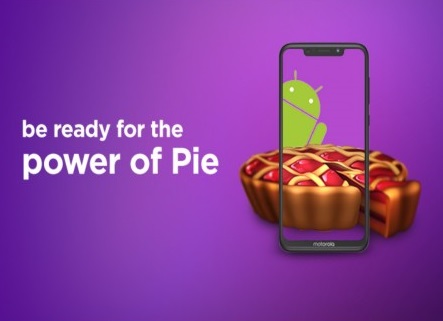 As per as the specs of the phone are concerned, Motorola One Power supports a 6.18-inch full-HD+ display with a 1080×2246 pixels resolution and an 18.7:9 aspect ratio. It features a dual camera set up at the back with a 16-megapixel primary sensor and a 5-megapixel secondary sensor. Connectivity options include 4G VoLTE, Bluetooth, and USB. It comes with an accelerometer, ambient light sensor, and proximity sensor. Furthermore, there is a 4,850mAh battery under the hood, with support for Moto’s TurboPower charging. If you are the one to receive the OTA update, do share the new changes with us that have come with this latest Android 9 Pie Update.