SamMobile showed a list of devices with the release date for the Android Pie update. According to that, Galaxy Note 8 will get Android Pie update on February 19. Similarly Galaxy S8/S8 Plus will also get the update on March 19. Samsung has also revealed information about other devices (you can see in the picture below). 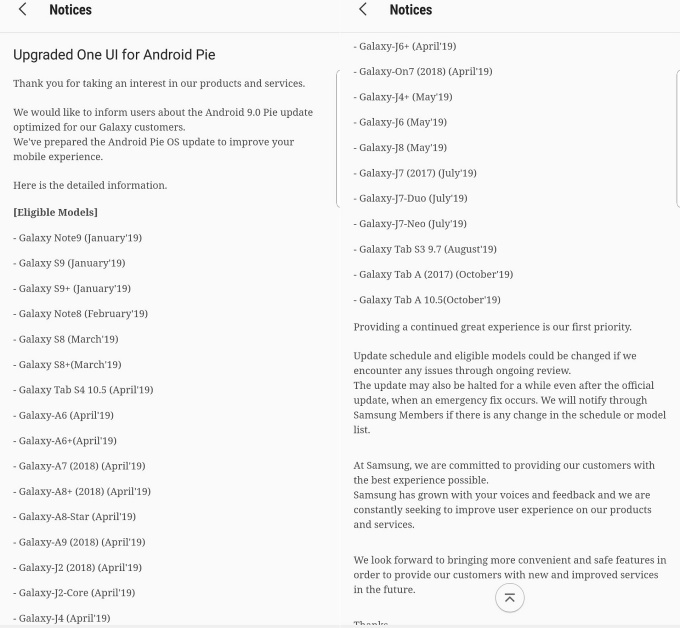 According to the Google, Android Pie offers support for the latest edge-to-edge screens with a cut-out for the camera and speaker. Another major feature is App Actions, that insert quick actions based on your activities within the app launcher at certain times of the day. Android Pie also brings new system navigation.