As we have reported earlier that Nubia has planned to bring something more interesting than the foldable phones. At MWC this year, Nubia has showcased its wearable phone, Alpha. However, the company has not launched this phone than. But now, the Nubia Alpha Wearable Phone will Launch on April 8. The company has revealed its teaser.

Nubia Alpha Wearable phone is a massive kit to strap on your wrist. Still, the 4″ OLED display and the Alpha might be a viable option for those who enjoy having the largest array of features on their wrist. 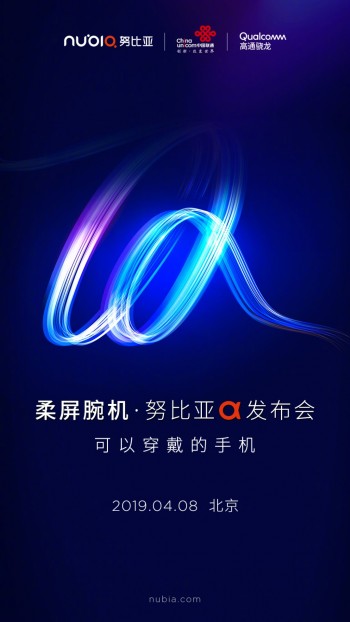 Other specs include the Snapdragon Wear 2100, 1GB of RAM and 8GB of storage. The battery is 500 mAh and has a propitiatory pin connector for charging. The 5MP f/2.2 camera sensor lies on the front right side and next to it is a sensor module along with all the buttons. The device runs on a custom Android software, which seemed quite clunky in our hands on.