OnePlus launched OnePlus 6T back in October.  A few weeks back, we came to know that OnePlus is going to have a partnership with the premium automaker to launch OnePlus 6T McLaren Edition. The outcome of this partnership between the sports car manufacturer McLaren and OnePlus will be announced on December 11 at an event. There had been a lot of rumors and leaks about this special edition. Recently, OnePlus 6T McLaren Edition Marketing Images got leaked which revealed the design details of the upcoming handset.

OnePlus 6T McLaren Edition Speed Orange is the marketing name of the upcoming handset that is going to be launched next week. Recently, a leakster with Twitter Handle IshanAgarwal24 posted the marketing images of the Mclaren Edition variant. Let’s have a look at them. 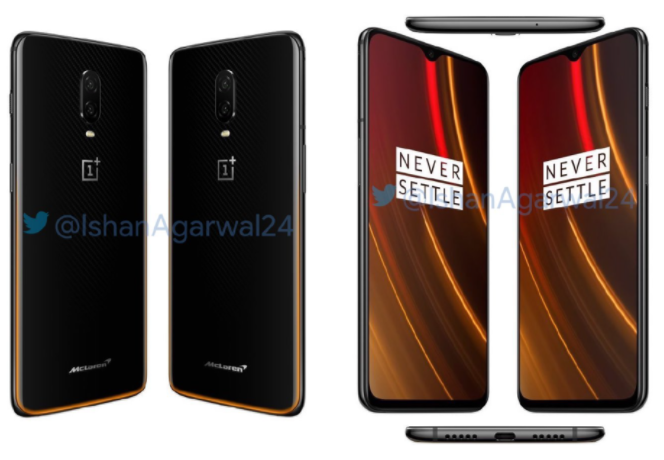 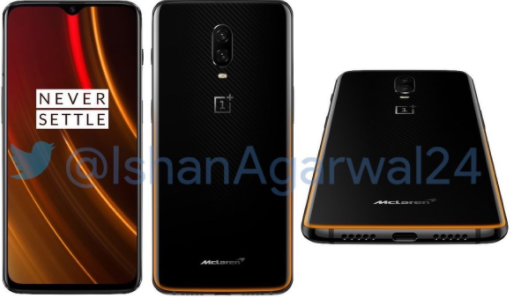 It is quite obvious from the above pictures that the McLaren Edition model looks quite similar to the regular OnePlus 6T. It has the same waterdrop notch and a large display. However, there are some pretty significant changes too. The special edition will have a new piece of glass that will boast a carbon fiber-like pattern underneath. Furthermore, it will be combined with an orange hue. This tint will be added to the bottom edge of the glass and will extend to the sides. Moreover, it will boast a McLaren logo.
According to the previous reports, OnePlus will become the first company to offer 10 GB RAM handset to the global market. Moreover, the handset is expected to be powered by a Snapdragon 845. The battery capacity of the handset is expected to remain unchanged at 3700mAh. Furthermore, this special version is named Warp Charge 30. According to promotional posters, it can now provide “a day’s power in 20 minutes”. Let’s wait and watch what new OnePlus will offer in its Special  Edition.
Laiba MohsinLast Updated: Dec 7, 2018
Share
Facebook Twitter Pinterest