After days of violence sparked by outrage over a video blasphemous trailer on our respected Prophet (P.B.U.H), Google and its YouTube subsidiary are caught up in a controversy in which the options boil down to bad and worse. On receiving numerous complaints, the Pakistan Telecommunication Authority (PTA) blocked the video clip placed on the World Wide Web through the YouTube website.

The video, originally uploaded to YouTube in July, was a trailer for a movie produced by a Southern California filmmaker named Nakoula Basseley Nakoula. This video has fired up the muslims and because of that The United States ambassador to Libya, J. Christopher Stevens, was killed along with three staff members in an overnight attack against the American Consolate in Benghazi. 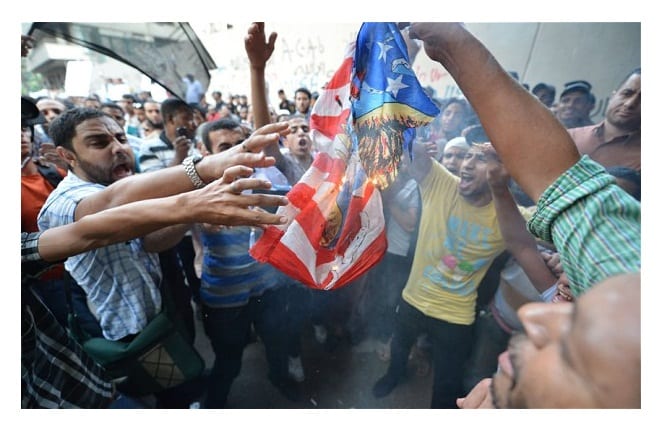 With the protests spiraling out of control, the White House wants YouTube to take the video down everywhere. Google Inc rejected this request by the White House on Friday to reconsider its decision to keep online a controversial YouTube movie clip that has ignited anti-American protests in the Middle East.

YouTube so far has blocked the video from being viewed in Egypt, Libya, Indonesia, and India, and has rejected the Obama administration’s request to do more.

Video like this one cannot be hidden, it’s like the genie’s out of the bottle as the Internet has so connected the world that there’s nothing a company can do about it. Problems get unleashed faster than human eyes can find them. Eventually, YouTube gets a handle on any content deemed offensive because users complain. But by then, the damage is already done and lives are already lost.

The PTA also asked the people to inform at PTA Complaint it in case the video was available for viewing through any ISP or mobile operator in the country.