The incumbent Prime Minister of Pakistan Shahbaz Sharif’s use of the phrase “beggars cannot choosers” drew considerable outrage across Pakistan. This notion is, without a doubt, irresponsible at this time in Pakistan’s political landscape. Nonetheless, a professor at Brown University says that a thorough investigation and analytic assessment of what drove Mr. Sharif to commit such a strategic blunder is required. After the removal of former PM Imran Khan, his supporters around the country have been infuriated and campaigned against the United Opposition. To mock the PM and oppositions, PTI supporters have made a website named ‘Pakistani Beggars.’

On the Website, the main page first welcomes the audience by saying, ‘mere aziz bikhario.’ You will be able to see the photograph of the PM in the background. Then there are 4 more sections including top beggars, how to become a beggar, Hall of shame, and PB awards. These include different Pakistani politicians including, Fazl ur Rehman, PM Shahbaz, Bilawal, and many others as you can see in the given images. 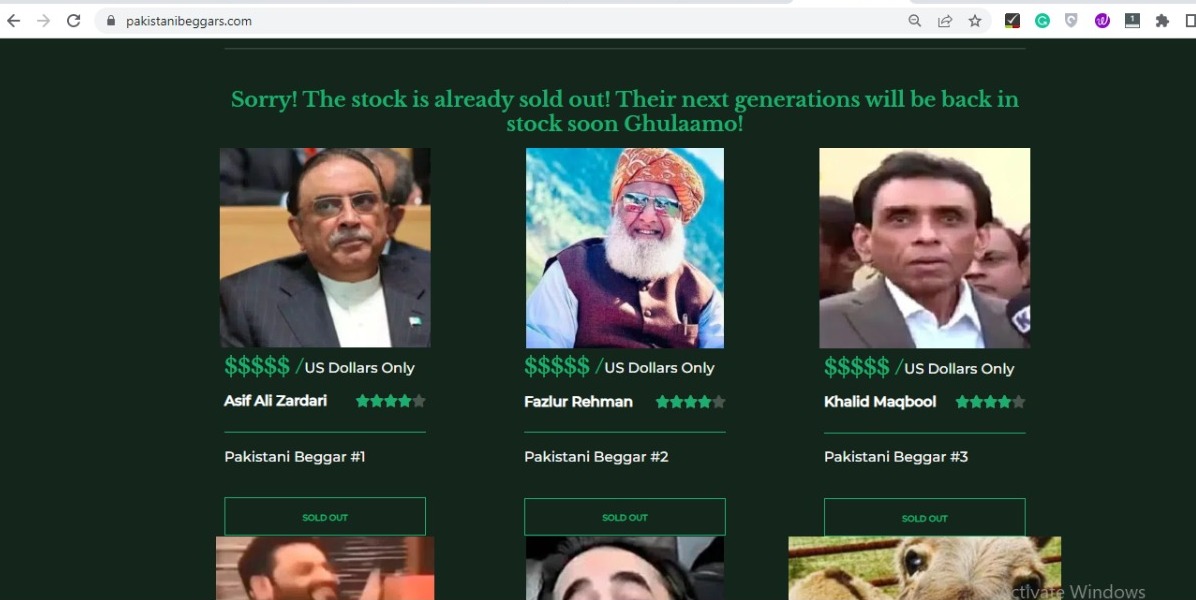 At various levels of public debate, there is talk about Pakistan’s terrible economic performance year after year, but no rational conversation about how to repair it has taken place.

In comparison to its neighbors India and Bangladesh, Pakistan has been performing the worst. Furthermore, in the last 30 years, this economic downturn has accelerated. Between 1990 and 2022, Pakistan saw ongoing political turmoil; a military coup occurred, and numerous democratic governments ruled the country.