the most addictive android game, Its both fun and addictive and features a gameplay which is probably one of the most engaging in any Android game right now. And yes, its Free.

Pudding Monsters introduces new, cute characters to mobile players. The Pudding Monsters live in a fridge, and are on a mission to save their pudding friend who was taken by a human.

The puzzle-based gameplay is split into levels similar to Cut the Rope. Players must stick the Pudding Monsters together to make them large enough to get through a level, as well as use the special powers of some monsters to get past some objectives. For instance, a Slime Monster leaves a trail of green goo that will be necessary to solve some puzzles. The monsters can stick together to reach any size — from a kitchen table to a tall building. 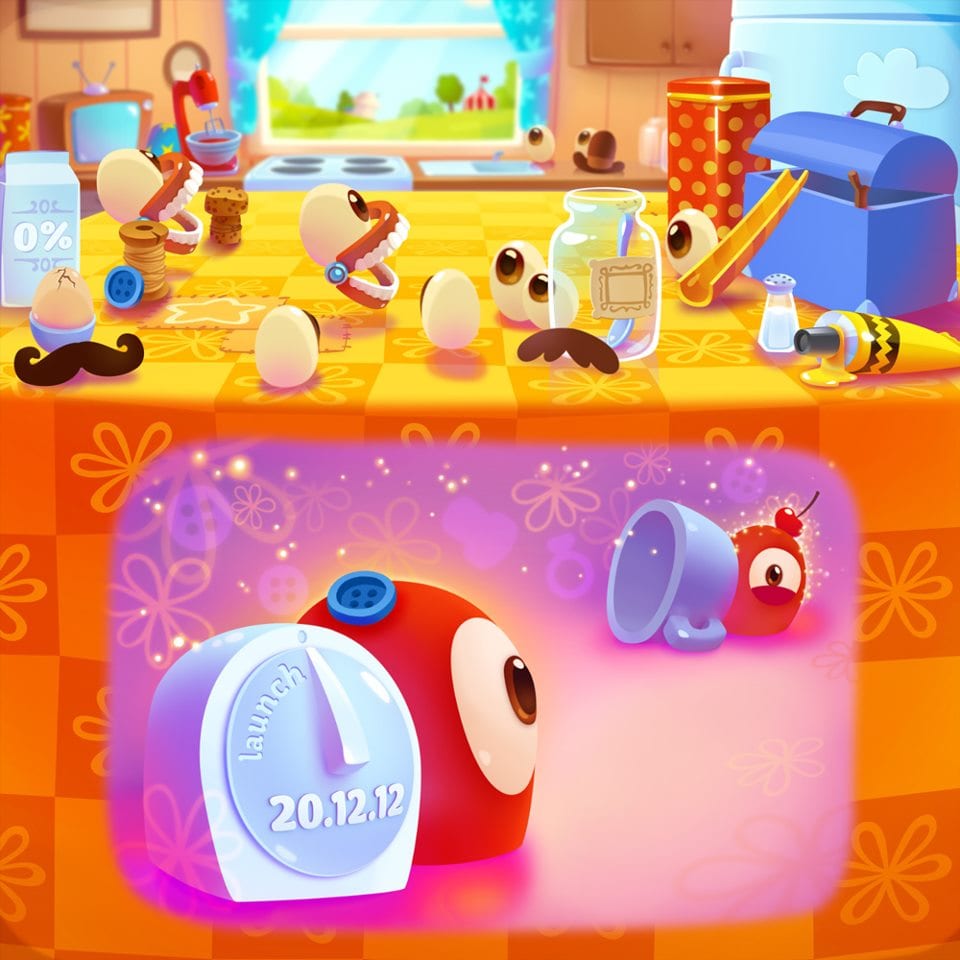 As its 75 quick-hit stages unfold, Pudding Monsters introduces a large array of new mechanics, from sets of monsters that all move with a single swipe to frozen blocks that shatter upon impact, along with sleeping monsters, machines that generate additional blobs, and monsters separated from their necessary eyeballs. It’s a lot of ground to cover within a relatively small initial slate of stages, and it feels like the game flits too quickly from one style of play to another without maximizing the use of each, or creating smart blends of multiple elements.

That will no doubt be addressed in later updates, but I think the initial experience would have been more satisfying with fewer alterations and more focus on creating challenging stages using just its most core aspects. As it is, Pudding Monsters feels a bit light and fluffy – much like the treat that inspired its moniker – though optional objectives do add a twist beyond nabbing all of the stars. Still, there’s plenty of room to take what is currently an enjoyable and accessible swipe-based puzzler and give it more of a Cut the Rope-like obsessive pull.

A spokesperson for ZeptoLab said Pudding Monsters was dreamed up by an employee during one of the company’s internal competitions for new game ideas.

Introduces a lot of mechanics without fully exploring each. Lacks notable challenge.