Right on time, Realme has launched the first two models of the Narzo 30 lineup – the advanced Pro model and a budget-friendly 30A option. The Pro version is the first in the family to support 5G networks and the first to have a 120Hz display. Let’s have a look at the key specs of both models.

According to Realme, Narzo 30 Pro is the “most powerful 5G gaming mid-ranger”. The phone has come with the MediaTek Dimensity 800U chipset, which features two Cortex-A76 cores at 2.4GHz (and six A55s) plus a Mali-G57 MC3 GPU. 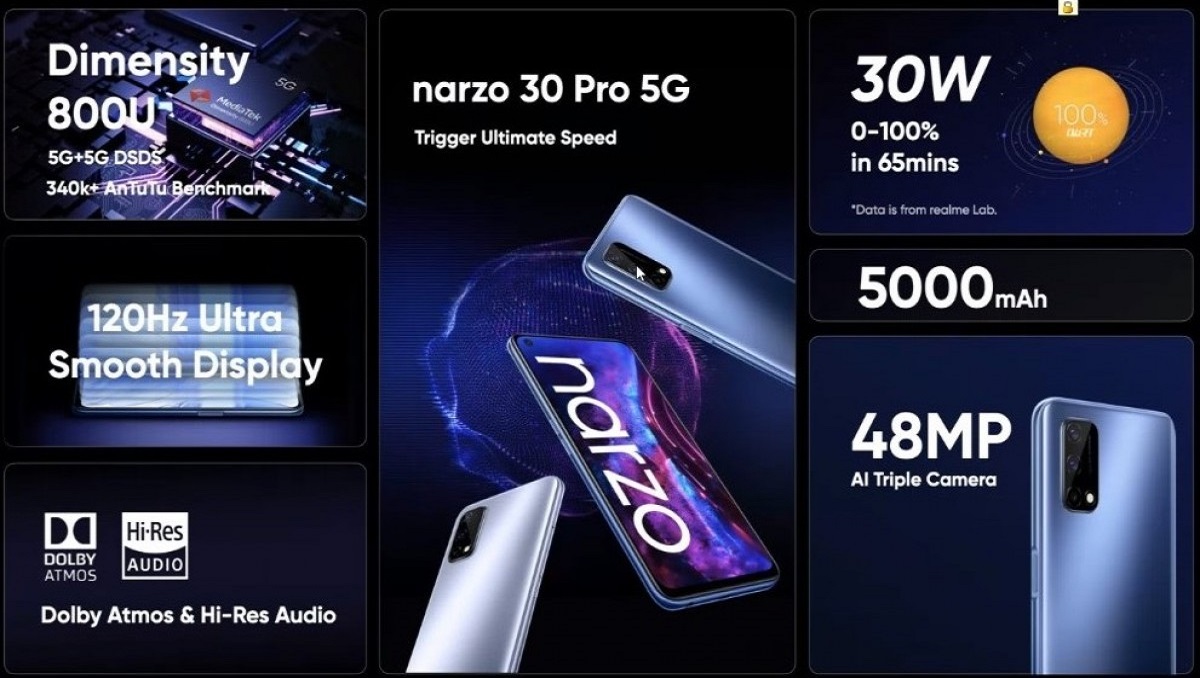 Furthermore, the phone comes with Android 10. The phone is available in Blade Silver or Sword Black colours. The pricing of the phone is as follows,

Now comes the budget model in the 30-series. The most promising feature of the phone is its massive battery. The phone comes with a 6,000 mAh battery. The battery is charged at 18W. 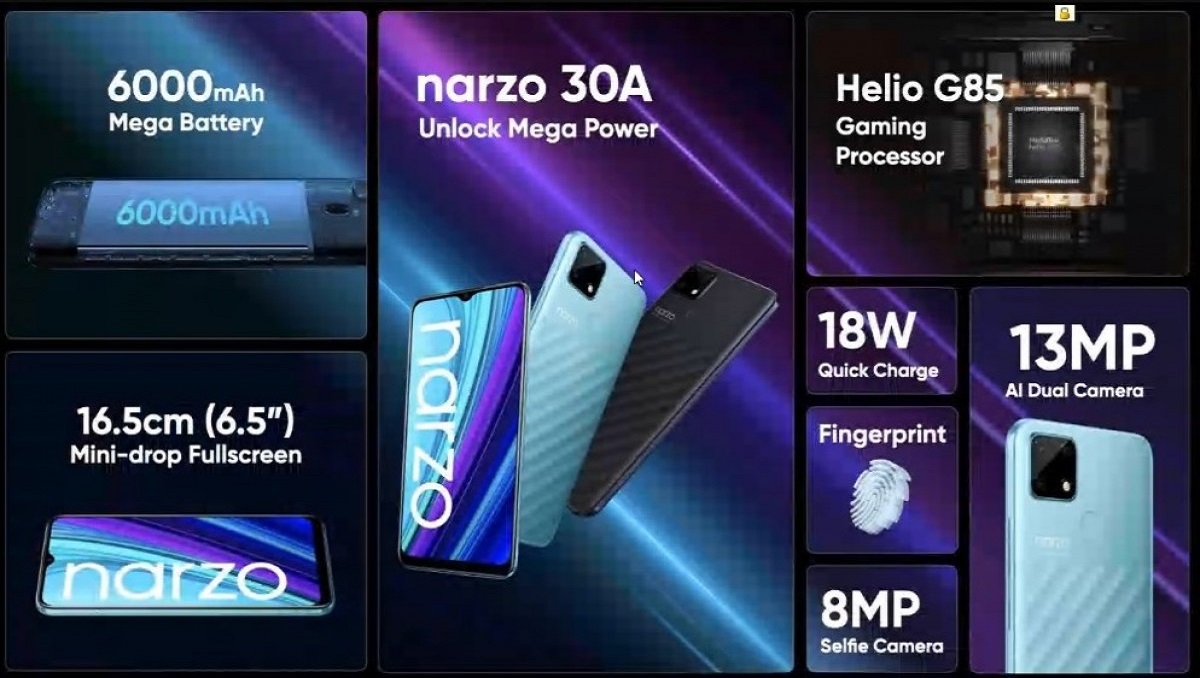 At the back, we see a 13MP sensor and is limited to [email protected] videos. Also on the back are the black & white depth sensor and the fingerprint reader. The selfie camera has an 8MP sensor. Just like the Pro, the 30A will launch with Android 10, but the Realme UI 2.0 update will be released soon after launch.

Furthermore, the phone will be available in Laser Black and Laser Blue. The pricing detail of the phone is as follows.