After launching the Samsung Galaxy Fold, Samsung is planning to release another phone of its own type i.e. Galaxy Fold 2. The smartphone will be foldable and its look will be different from the previous smartphone. The $2000 worth Galaxy Fold is only attractive for those who could afford it. It will be released after a month of relaunching the Galaxy Fold.

Earlier, in May, Samsung was supposed to launch its Galaxy Fold. This time, the foldable smartphone is coming in Z-shape design. Korean Intellectual Property Office approved Samsung’s license after the launch of the first Galaxy Fold. However, the smartphone structure is simple. But, it possesses multiple functionalities. If a user will open it fully, the phone will be converted into one large screen. The screen has the ability to bend. It is also assumed that this time there will be no screen edges.

The color rendition which was stationed on the patent was prepared by LetsGoDigital. Here’s is the picture. 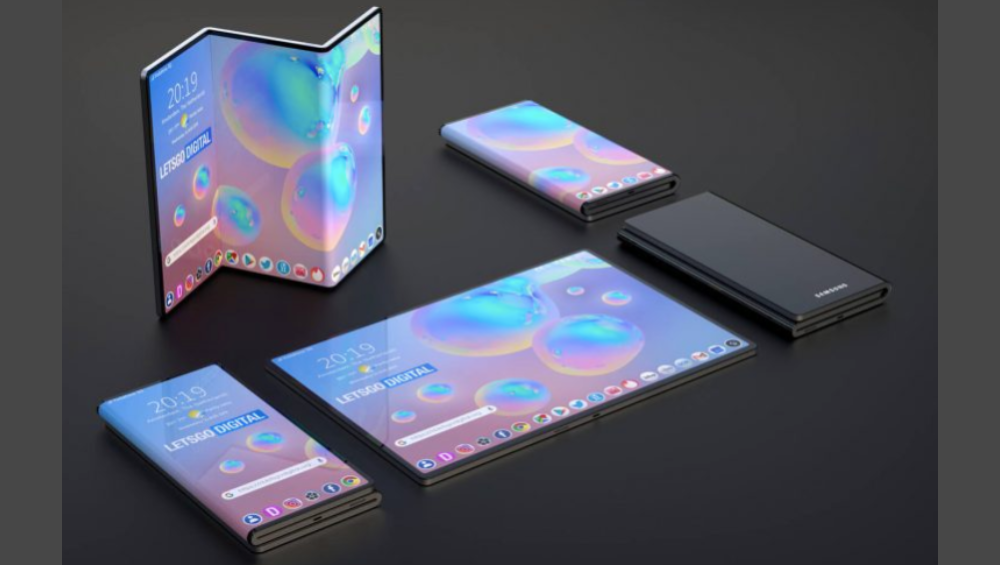 The device is not looking ugly. Though, it is looking much more different and stylish.

The 23 sketches were seen and it was observed that this smart gadget can be extended even to the length of a tablet. There are two folding lines in this design. It is really imagined that it can be folded back to the size of a smartphone. With this folding, only the exterior screen is visible (As shown in the picture above). Only one screen is visible, the rest of the screens are hidden and stays as the interior.

However, this smartphone is approximately three times broader than the most Samsung phones. It makes the user think that whether Samsung is designing, a smartphone, a PC screen or a tablet all-in-one or not. Anyhow, no further details about cameras and the latest features are shared. We will keep you updated until further news.