Samsung has now officially confirmed that Galaxy M21 will be launched on March 16. The company confirmed it on Amazon.in and also shared the images of Samsung Galaxy M21 which shows its design.

Samsung Galaxy M21 to be Launched on March 16 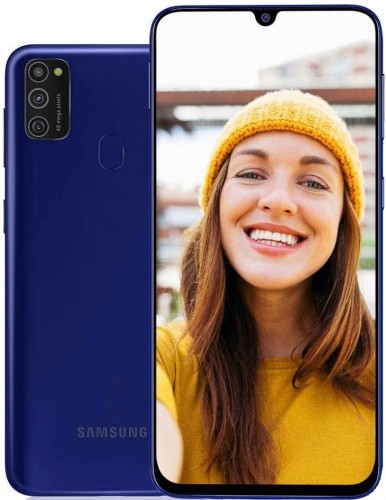 The Galaxy M21 will be having Super AMOLED display, that measure 6.4″ diagonally. Samsung didn’t share a word about the performance and chipset of the phone but previously, Geekbench stated that the phone will be running on an Exynos 9611 SoC paired with 4GB RAM.

It is also to be expected that the phone will also be available in 6GB RAM version. The phone will be running on Android 10.0 with One UI 2 out of the box

The previous leak says that the upcoming Galaxy M21 smartphone will be available in three colour options- Opal Black, Sapphire Blue and Pearl White. The phone will have a fingerprint scanner. The foot of the phone will be made of glass while the back is made of plastic.