Samsung announced its brand new Galaxy Note 9 smartphone, judging by the looks on the outside you may assume that not much has changed from last year but Samsung did make some pretty big changes on the inside of the phone. It looks pretty similar to what Samsung released last year with the Galaxy Note 8, in fact, it’s so similar that the only thing I can see at first glance that’s obvious is that the fingerprint reader has moved away from being placed right next to the flash and they’ve moved it underneath the camera module. Let’s check Samsung Galaxy Note 9 Review in detail.

Let’s jump into the top features of the galaxy note 9 and let’s start with one of everybody’s favorite features mine included and that’s gonna be the camera. Samsung galaxy note 9 features a dual camera system similar to what you’d find on the galaxy s9 plus. It sports a dual aperture wide lens which can switch between F 2.4 and F 1.5 and it’s also got a telephoto lens as well as both cameras will shoot the same scene when zoomed. In allowing you to save the view from both cameras the cameras also have a dual optical image stabilization. The live focus feature which we’ve seen on previous devices as well that’s the feature that allows you to change the amount of blur behind your subject both before and after the photo is taken. 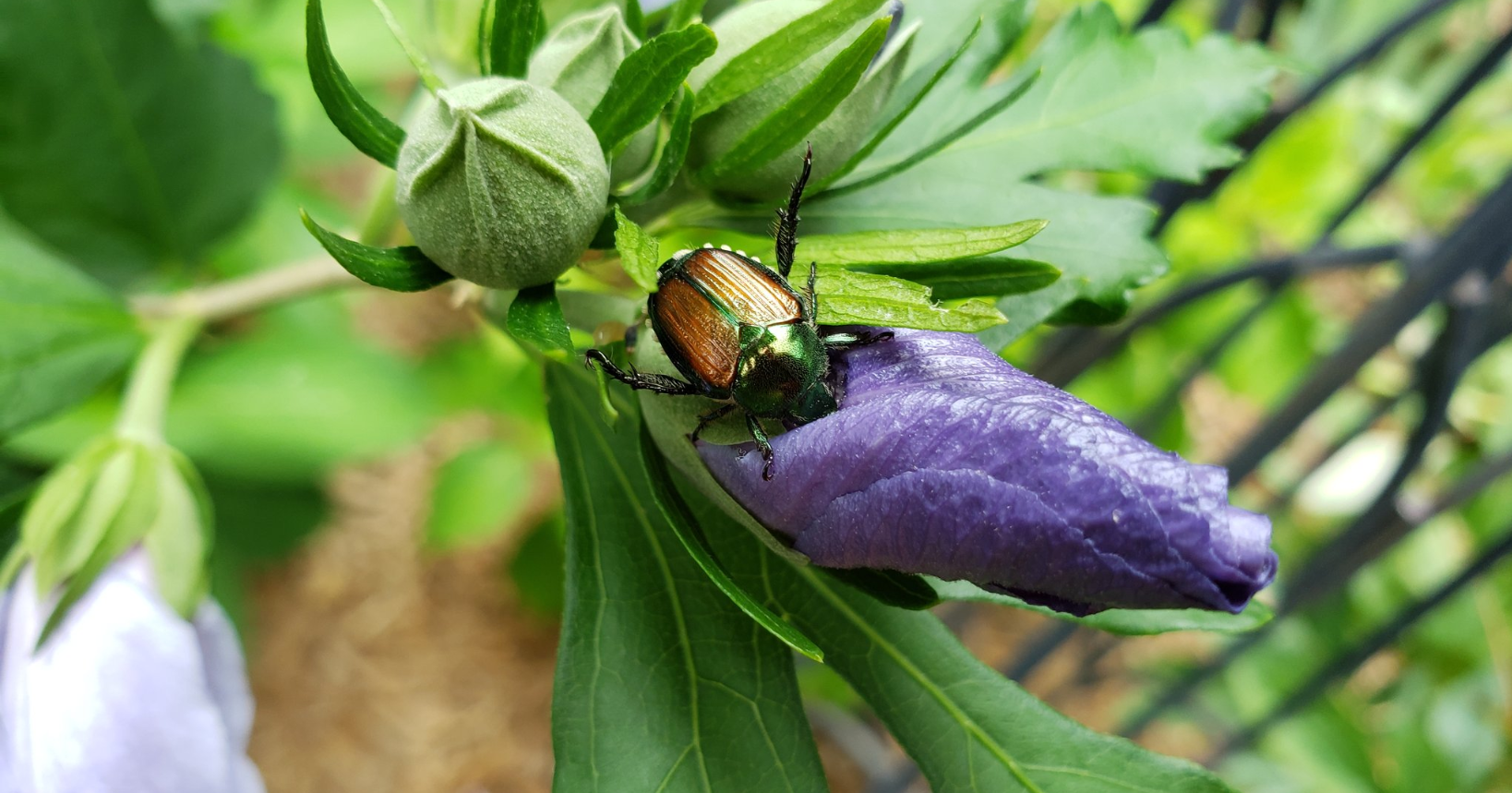 The Qualcomm Snapdragon does show its chops here in the camera specifically as it allows for a few specific features, first of all, that super slow-mo feature. We saw on the s9 is carried over to the note 9 that allows you to shoot at 480 frames per second at 720p speaking of high frame rates the galaxy note 9 can also shoot 4k at 60 frames per second. Thanks to the Snapdragon 845 as well and that same processor also allows for the great low-light photography and the near-instant autofocus that you’ll find when using the camera one other interesting feature is the scene optimizer. Let’s look at some images in Samsung Galaxy Note 9 Review.

It utilizes Qualcomm’s AI engine to identify the elements of a photo to categorize it into one of 20 different types and instantly optimizes the photo based on the category. For example, you may be taking a photo in the sunset or you may be taking a photo of food or an animal it’ll automatically apply changes to right in his contrast saturation and white balance before you take the photo to ensure the best possible end result. Also, a new flaw detection feature that will let you know if a shot was blurry if someone blinked or if an image was too backlit or blown out so as you can see the camera is pretty impressive. Here on the note 9, Samsung was able to pack in a bunch of extra features into the camera software thanks in large part to the Qualcomm Snapdragon 845. Let’s look at some images in Samsung Galaxy Note 9 Review.

Now let’s move on to another feature this one isn’t apparent we’re looking at the phone but it is very apparent when you’re using the phone and that is the battery life. The battery life on the galaxy note 9 is stellar due to the 4000 mAh battery that’s right on the inside.

A 4000 mAh battery which is the largest battery that’s ever been included in a Samsung galaxy note phone. It’s also larger than almost every other Android flagships battery that you’ll find today in addition to running the note 9 battery through its own multipoint safety check.

Samsung says they’ve also done an extensive third-party verification as well specifically Samsung says they’ve had the phone validated and certified by outside companies and exponent. Now the reason for that if you weren’t around back then and weren’t paying attention back then the Galaxy Note 7 failed spectacularly due to battery problems.

So last year with the Galaxy Note 8, Samsung was a bit more hesitant to put a huge battery in that phone that was actually a disappointment from a lot of people the fact that the note 8 didn’t have that large battery so now we’re back Note 9 good job Samsung 4,000 milliamp hours. It’ll take you a long long time before you run out of juice so basically what you’ve got there is all-day battery life.

I need to give a big shout out to Samsung for starting the note 9 at 128GB of storage that is the entry-level storage amount. Just a couple years ago I was complaining about companies releasing phones with 8GB or even 16GB of storage at the bare minimum which was just too small.

The amount for this day and age, Samsung has been shipping phones with 64GB of storage at the base level for a few years now but I was surprised to see that this year with the note 9 they’re starting at 128GB with 6GB of RAM built-in now. They didn’t stop there, they also have a second model which packs in 512GB of storage right inbuilt right into the phone now if you opt for the 512GB storage models you are also going to get instead of 6GB of RAM, 8GB of RAM.

Samsung didn’t stop there whether you get the 128 or the 512GB version. It also still has the built-in SD card slot. The SD card slot supports up to 512GB when using a micro SD card so in other words if you buy a 512GB Samsung Galaxy Note 9 and then you get a 512GB external micro sd card you put that in the phone and you have a phone that has one terabyte of storage.

The new and improved S Pen this time around Samsung is upgrading the S Pen in a big way. It’s adding Bluetooth Low Energy turning the stylus from a mere note-taking accessory into a full-fledged remote control. Let’s look at some images in Samsung Galaxy Note 9 Review. 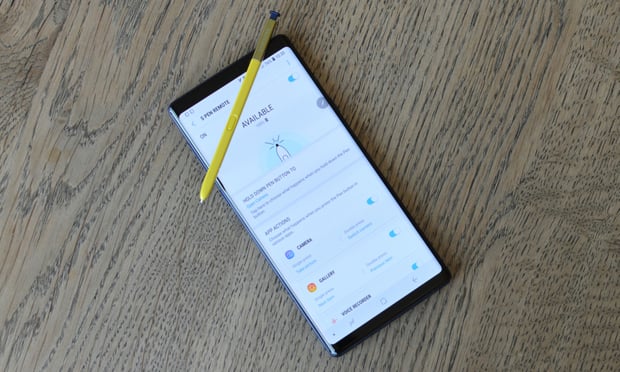 The addition of Bluetooth adds a few cool features to the s-pen for example now it functions as a remote camera shutter letting you take pictures from up to 30 feet away there’s also a presentation mode that must have control a slideshow remotely when using Samsung’s decks feature.

S Pen will also let you play and pause music and video as well pressing and holding the button opens the camera by default. You can change that shortcut to launch any app of your choice.

However, if you’re in the middle of writing you don’t have a minute to spare you’ll be happy to know that the S Pen still functions as a stylus and writing tool even when the battery is completely dead. Let’s look at some images in Samsung Galaxy Note 9 Review.

It has a gorgeous display, the Samsung Galaxy Note 9 sports a six-point four-inch Super AMOLED quad HD plus display. As you can see this display looks amazing, in part to the 516 pixels per inch giving it 2960 by 14 the resolution display is large enough to play games on which by the way it’s interesting. Let’s look at some images in Samsung Galaxy Note 9 Review. 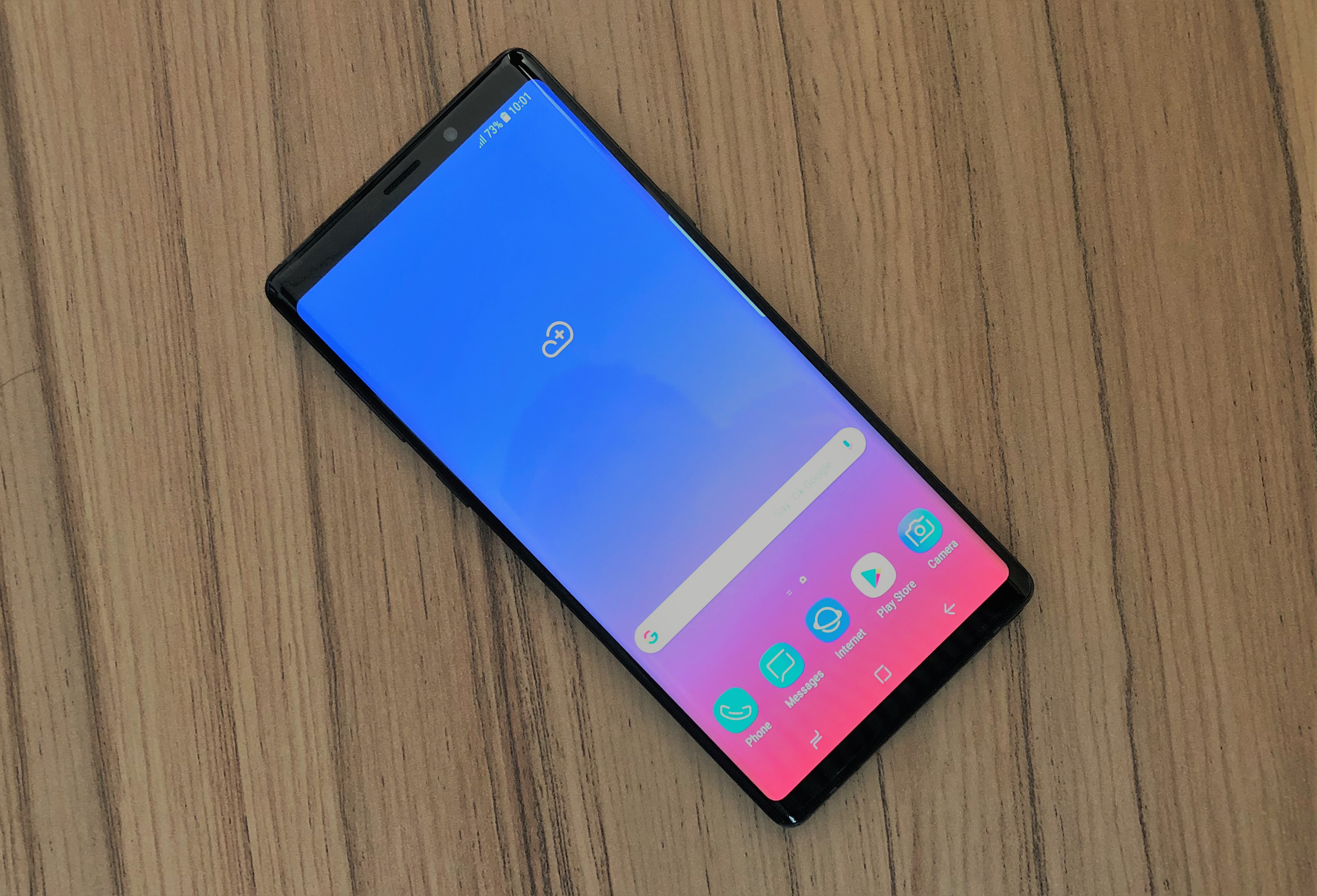 YouTube did give its stamp of approval because the phone does support multiple resolutions and can decode youtube vp9 codec. In addition, you can also watch movies on HDR as well that’s high dynamic range giving you even more colors and better contrast than on screens. if you want to buy one and get it unlocked on the outside it looks similar to last year but on the inside thanks to that Qualcomm Snapdragon 845 we’re getting a new and refreshed Galaxy Note 9. Let’s look at some images in Samsung Galaxy Note 9 Review. 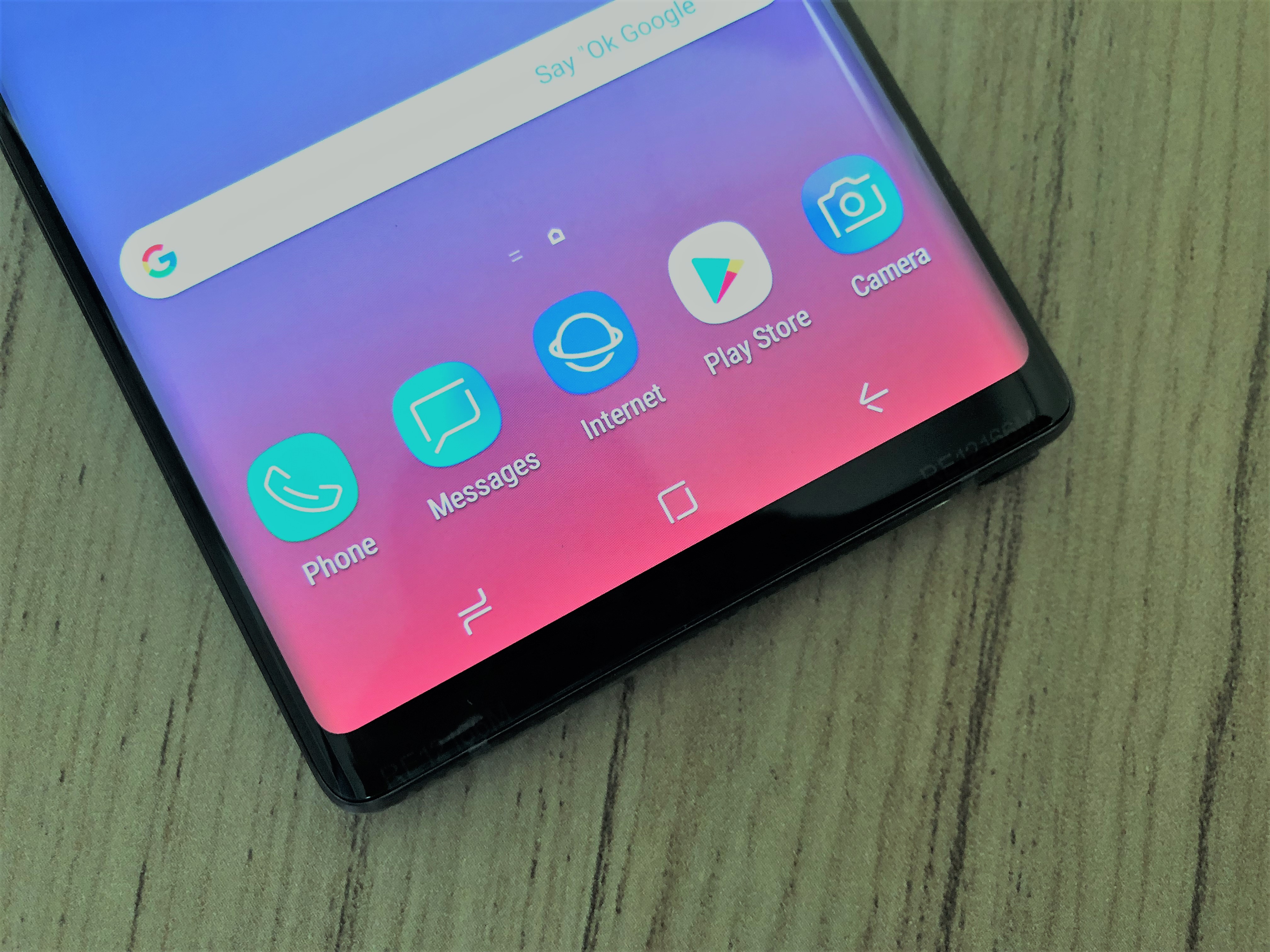