There has been a lot of rumors about the upcoming foldable Samsung Galaxy X phone. Now Samsung has confirmed it by filing a new patent with the World Intellectual Property Organization (WIPO). According to the report, Samsung Files a New Patent for Foldable Galaxy X Phone.

The new patent reveals that the device will sport two large displays with a metal strip between them. When the device is not in use, the screens will fold together to protect the display. It will have three antennas, ensuring the design of the phone doesn’t interfere with the phone’s signal. 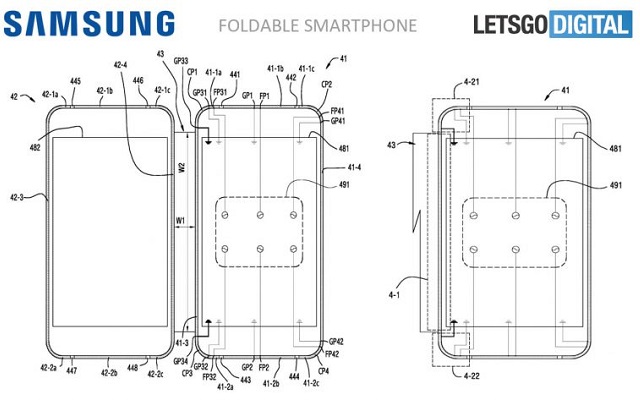 Once the device is open, both screens can be used simultaneously. Bending one screen in back of the other will allow users to view on display at a time.

The smartphone is tipped to be a limited edition and Samsung will produce 100,000 units only. There is also a possibility that Samsung will showcase the device at CES in Las Vegas.