Last year in November, we all experienced the Vivo S5 and now the company is all set to launch its successor named as Vivo S6 5G. Vivo has announced that it is going to launch the device on March 31. The company will be holding the live event of launch online. That is going to start at 7:30 PM China time (11:30 AM UTC). 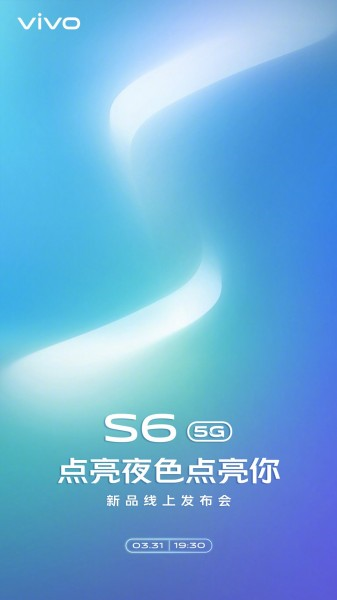 The leaked images on Chinese social network Weibo have revealed that the S6 5G will be coming with a dual camera setup on the front located in the upper-right corner, unlike its predecessor which appeared with a single selfie shooter.

The leaked pictures also revealed that the bottom of the S6 5G has a USB-C port, a speaker grille along with microphone and a SIM card slot. Furthermore, the Vivo upcoming phone has no 3.5mm headphone jack which means that it is might be located on the top. Or maybe this time company has decided to skip it.

The company has also revealed the color of the phone. The Vivo upcoming phone- S6 5G will appear in a blue-purple gradient. Hopefully, we will get to see some other colors too once the company launch it. No doubt, it will be the improved version of its predecessor.