A post on Twitter claimed that the Vivo V23 series is just on the corner. According to reported specs, the cellphone out the door will be a Vivo V23e with three cameras, an ultra-thin casing, and an Helio G96 CPU.

The device is powered by an Helio G96 processor, which limits it to LTE connection, although this should not be an issue in its primary markets in Southeast Asia. 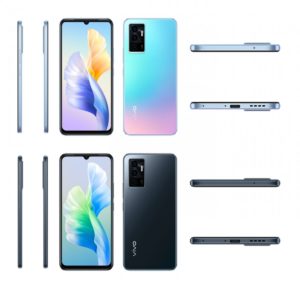 Also Read: Instagram Threads app to Shut Down next month

The 5G variant of the Vivo V23e (which launched earlier this month) will be available shortly. The forthcoming Vivo V23e 5G has a home page on Vivo Thailand’s official site. The most recent update includes information on the phone’s debut date.

The V23e 5G is part of Vivo’s current collection of stylish and portrait-focused phones, which will be available on November 23. The Vivo V21e’s replacement will initially be available in Thailand, followed by other Asian regions. Although there is no confirmation from official sources, the handset’s 4G edition may also be released in Pakistan.

There are also a few hints and teasers on the feature page. Since they share the same body but changed internal parts, consider the V23e 5G to be an update of the V23e. The smooth glossy borders, plain camera rectangle, satin-matte finish, and even the graphite and iridescent hues are all the same. Flip the phone over to reveal a notched screen surrounded by mid-size bezels. 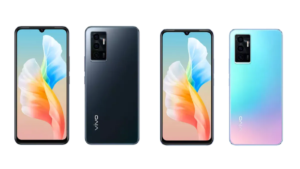 The 44MP camera is incorporated in the notch of the upcoming Vivo 5G variant. It has a little greater resolution than the V21e’s 32MP sensor. Vivo has buried the fingerprint sensor behind the OLED screen, so it is not visible on the shell.

The 6.44″ AMOLED screen offers Full HD+ resolution and a waterdrop notch for the 50MP camera. A 64MP primary camera, an 8MP ultrawide snapper, and a 2MP depth sensor are located on the rear.

The Vivo V23e will ship with Funtouch 12, which is based on the most recent Android 12. When the phone makes its formal appearance, the pricing will be announced.

You may be also interested in: TikTok warns of &#8216;Harmful Challenges&#8217; before they spread